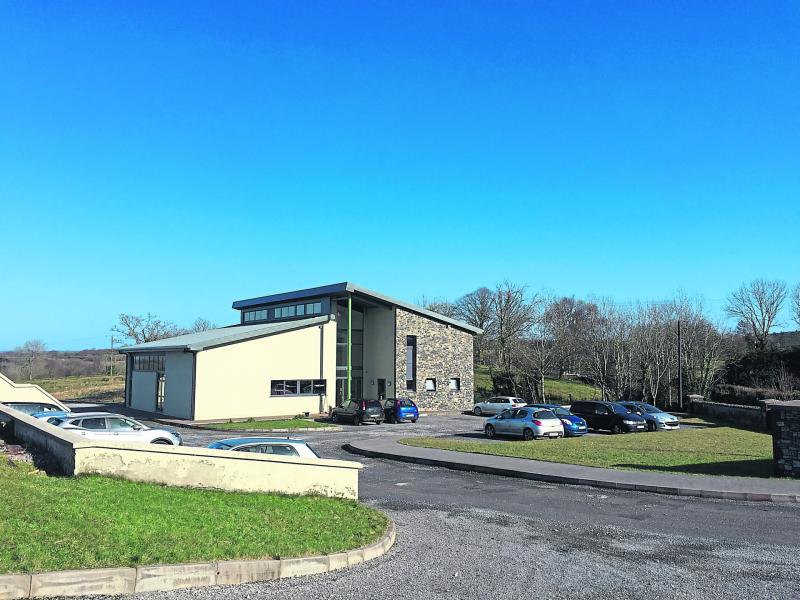 It was a full house, or rather a full community centre, on Friday last as Minister for Rural & Community Development, Michael Ring cut the ribbon at the official opening of Rossinver's Community Centre.

The day marked the culmination of over 11 years of planning, fundraising and plain hard work for everyone involved and there was a distinct air of celebration in the Centre last Friday as people came to mark this special occasion.

Chairperson of the Rossinver Youth and Community Project CLG, Philip Rooney told those gathered, “this is a very happy occasion, it's an occasion of celebration... a celebration of 10 years of hard work to make this project happen.”
He paid tribute to all who had been involved in the board down through the years and to everyone in the local area who had shown their support through various fundraisers and community events.
“We started off with a plan on a sheet of paper. Like every dream it takes people to make it work. It's been a long road and a tough, hard road,” he said, but it has finally become a reality.”

He paid to Ian Pudney who designed the building and “didn't charge the community a penny” for his work. He also praised the contractor, Paul Gallagher for his dedication and attention to detail.
Tributes were also paid to the staff of Leitrim County Council for assisting in the planning process and to Brian Smyth and the Leitrim Development Company for helping with LEADER applications as well as the Department of Social Protection and in particular, those involved in the Community Employment Scheme and the North West Regional Drug and Alcohol Task Force for assisting with the development of the rehabilitation programme for substance misuse.

The drive to create a community hub began after the existing centre had to be demolished. Starting with just a site near the football field, obtained through the Diocese, the committee started planning the creation of a new centre.
They met with the Department of Social Protection officials in a bid to secure a community employment scheme and were initially allocated 19 spaces in 2009. A further strand was introduced through the rehabilitation for substance misuse and there are now 55 participants, two Supervisors and one Assistant Supervisor operating out of the Centre.
Work to develop the site was achieved in stages, starting with the construction of the walls around the site. The New Ballagh Centre then donated a cabin to act as a meeting area and the project grew from there, said Mr Rooney.
In 2015 work began on the actual building of the Centre which was completed last year. Earlier this year funding was sourced through POBAL for three dedicated Centre Staff and plans are underway for the recruitment of a Family Resource Worker to work in a new project next year.

The centre also boasts a number of volunteers who keep programmes going as well as a number of self-employed people who offer classes and courses through the facility.
“We're making history here,” said Mr Rooney. “When we're dead and gone, this (building) will be left here as our legacy.”
Special tributes were paid to Betty Duignan and Margaret Hamilton as well as the late Mrs McMorrow and the late Fr O'Donnell who were all instrumental in the project.

After cutting the ribbon to open the Centre, Minister Michael Ring praised the local community noting “this is a good news story” and “this is a tremendous facility. It is a credit to you all,” he told those gathered.
“This is taxpayers money from the Government, well spent,” he said, adding “This is a fantastic facility in a rural community and all of you should be proud. This is a proud day for you.”
Rounding off the celebrations a special blessing was held with representatives from the Church of Ireland and Catholic faiths.