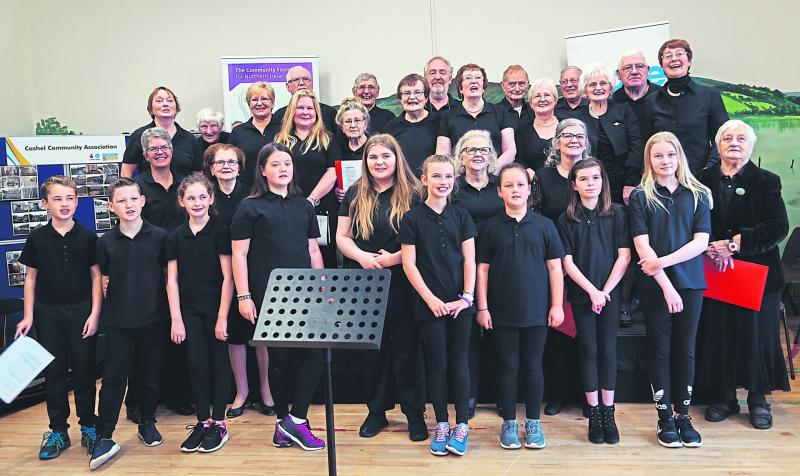 A very special Fundraising Concert will be taking place later this month in Manorhamilton which features the Ballagh Choir of Ages and the launch of their recently recorded CD.

A very special Fundraising Concert will be taking place later this month in Manorhamilton. Organised by the Ballagh Centre in Rossinver the concert will feature a host of Leitrim talent including Ben & Maurice Lennon, Charlie McGettigan and Faragher McLoughlin Dancers.

The Ballagh Choir of Ages CD Launch & Fundraising concert will take place on Saturday, October 20 from 8-11pm in the Beepark Centre, Manorhamilton.

The highlight of the evening will be the performance of the Ballagh Choir of Ages and the launch of their recently recorded CD.
The Ballagh Centre in Rossinver was the Leitrim base for the inspirational series ‘David Brophy’s Choir of Ages’ which was screened on RTÉ ONE at the end of last year. The series saw the formation of two inter-generational choirs, made up of school children and senior citizens, from both North Leitrim and Dublin.

The Ballagh Centre was selected as the host organisation for the North Leitrim choir due to its established and trusted reputation through the provision of services to older people including the Rossinver Calling Friendly Call Service, befriending service and support of a number of social clubs in North Leitrim.

Participants enjoyed the experience so much that funding was sought by the Ballagh Centre to continue the Leitrim Choir when the cameras stopped rolling.

Led by Sligo Choirmaster Dave Flynn, the re-named ‘Ballagh Choir of Ages’ has been supported by the Reconciliation Fund at the Department of Foreign Affairs and Trade, and now includes members from County Fermanagh so is both Cross Border and Cross Community, as well as Intergenerational.

All funds raised from the concert will support the on-going work of the Ballagh Centre especially its supports for older people.
Tickets are €10 each and are available in Supervalu & the Women’s Centre, Manorhamilton and the Ballagh Centre, Rossinver.  For more information please contact the Ballagh Centre on (00353) 71 98 54030.