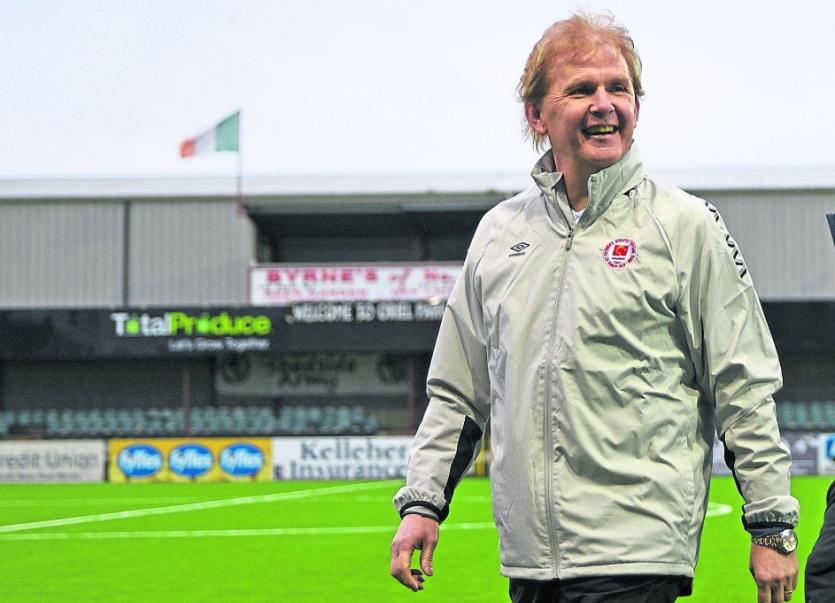 Sligo Rovers have this afternoon confirmed that Liam Buckley is to take charge at The Showgrounds and will begin as club's new manager next week.

In a statement published on the club's website it was announced that the former St Patrick's Athletic manager will be in attendance at tonight's final game of the season when Sligo Rovers take on Shamrock Rovers but will officially take charge on November 1.

The new Rovers boss will meet supporters for the first time tonight as he attends the game against Shamrock Rovers and will be presented to the crowd at half-time.

Commenting on his appointment Liam Buckley said he is looking forward to the challenge in store saying, "I’m really happy to be here. It’s great opportunity for me and I’ve always loved my games at The Showgrounds.

"It’s a footballing town. I think there is players here that are technically good. I want to improve them and the club and see where it can take us.”

EXCLUSIVE INTERVIEW: Liam Buckley Is The New Manager Of @SligoRovers, he has signed a one year contract and spoke exclusively to OTB’s @JamieMooreSport just minutes after signing it… @boylesports @sseairtricitylg @faireland

Sligo Rovers chairman Martin Heraghty added, "From the outset Liam was our number one choice for the role. His record is outstanding in the League of Ireland and the brand of football he brings with it is renowned. We’re delighted to reach agreement for him to join us.

“It’s our intention that 2019 is a big year for Sligo Rovers. We know this appointment will excite our supporters and the committee encourages everyone at the club to get behind Liam.

“To attract a manager of Liam’s ability shows the potential at our club and we really feel he is the man to help us improve our league position for 2019 and bring exciting nights to The Showgrounds again.”