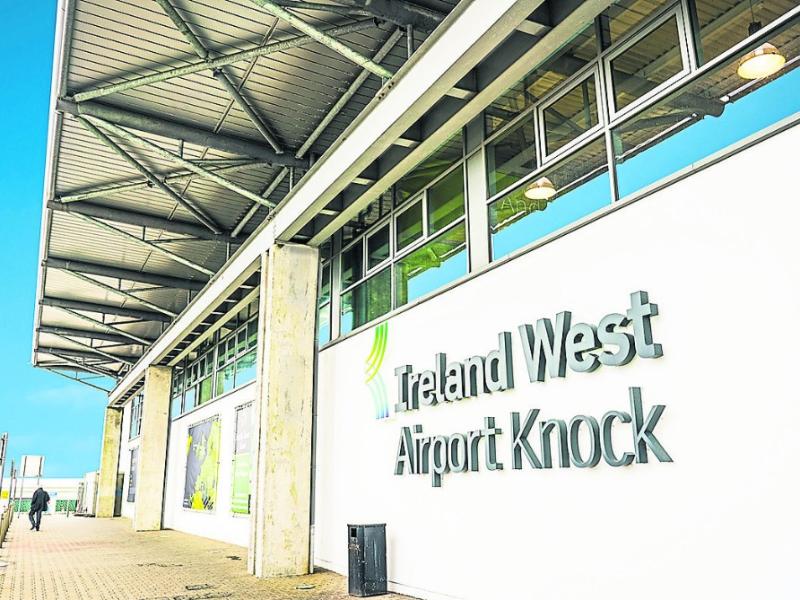 Ireland West Airport has welcomed this week's announcement of funding of €1,916,562 to the airport under the Public Policy Remit Operational Expenditure Subvention (PPR-O) Scheme for 2018.

The Programme provides for Exchequer support to contribute towards the significant operational costs associated with air traffic control, fire, safety and security at the airport.

Arthur French, Chairman of the airport, welcoming the announcement said ‘We wish to acknowledge the support of Minister for Transport, Tourism and Sport, Shane Ross TD and the continued positive support received from the Department of Transport, Tourism and Sport in awarding this funding to the airport. We also wish to thank Minister Michael Ring TD and his department for their ongoing support and in particular for the development of the new Visitor Discovery Centre at the airport which opened last week and which will be a huge asset for the promotion of the region. We wish to also extend our thanks to local public representatives for their support for the airport throughout the year.

"2018 will see the airport record its busiest ever year with passenger numbers set to exceed 770,000 for the first time. This year has also seen the airport complete a number of major projects aimed at transforming the facility and modernizing the airport to ensure the facility will meet the future needs of both our airline customers and passengers."

Mr. French continued ‘The recent investment into the airport by our local authority partners is also key to supporting the delivery of these projects and we will shortly commence what will be the single largest capital investment project ever undertaken by the airport since its initial construction, the overlay of the main runway in early 2019.  We look forward to continuing to work with Government and regional stakeholders in driving the airport’s growth and development plans into the future’.