All roadside advertising must be removed says County Council 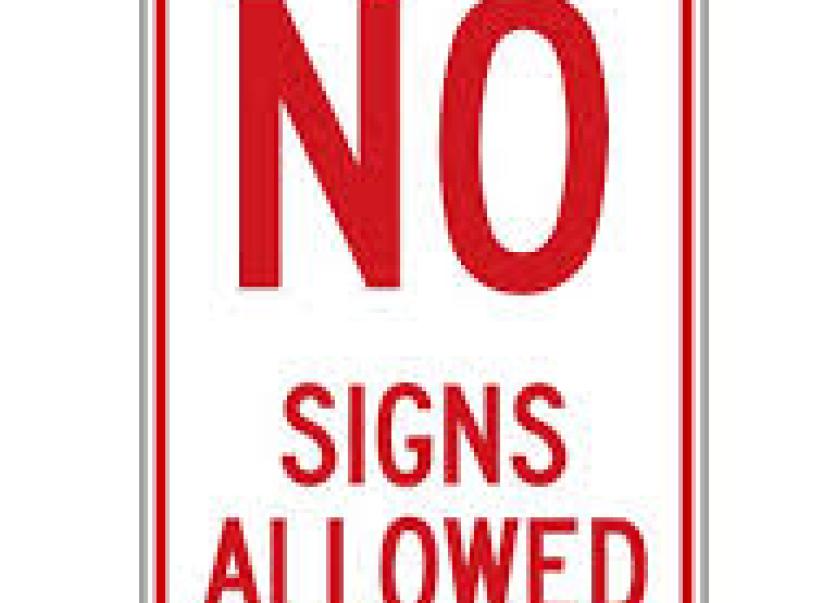 Leitrim County Council said all unlawful signage will be removed as part of their road signage review of regional roads.

Cllr John McCartin sought an update on the road signage review noting “I am aware of signage up long term in the Ballinamore area.”
He said at Haughton’s Shore, Garadice there are 8-9 signs telling people not to litter, the signs themselves are “litter” according to the Fine Gael politician.
He said if an election poster was up two weeks after an election “we would be fined.”
He also noted many businesses have signs up as well as other long term campaigns.

Leitrim County Council Senior Engineer Darragh O’Boyle said any sign without a publisher such as the many “No” signs that were erected around the county must be removed. A publisher is needed on the notice so the council know who to contact about the sign.

Mr O'Boyle said the council will be conducting their road signage review from Fenagh to Keshcarrigan next.
He noted that signs can be “hugely dangerous.”
He explained that a sign on private property requires planning permission.

Cllr Caillian Ellis asked did the agreement with community groups in relation to local events still stand if prior notice is given and they go up seven days before the event and are taken down seven days after the event.
The council said prior notice must be given to the council.

Cllr Paddy O’Rourke said the Tidy Towns report for Carrigallen noted all the road signs that were still up months after the events took place.
Mr O’Boyle said Carrick-on-Shannon won the tidiest town in Leitrim because of the strict zero tolerance about signs on the N4.

Also read: Call for new bye-law to be passed in Ballinamore