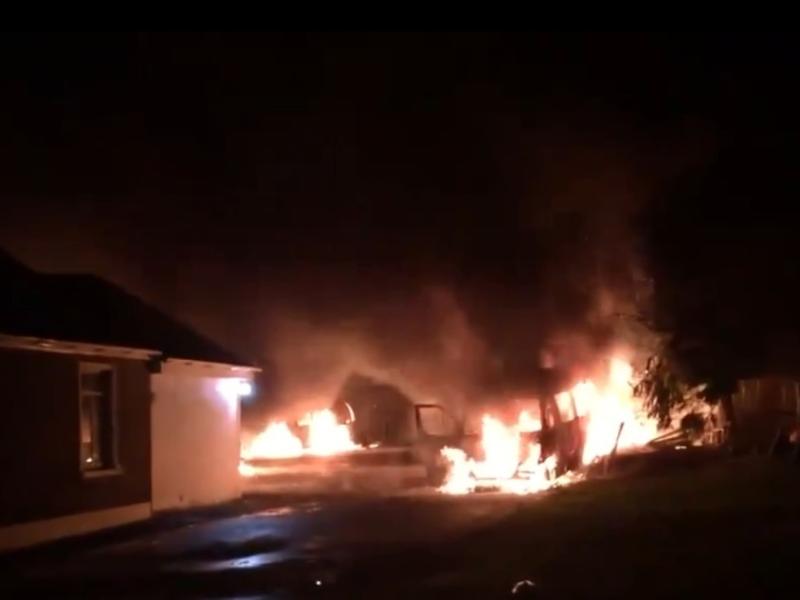 Sinn Féin MEP Matt Carthy has said that the free rein given to banks and vulture funds by the Government and Fianna Fáil has inevitably led to forced evictions and violent scenes such as those witnessed in Strokestown in recent days.

Carthy also hit out at the use of a private security firm by KBC in the Strokestown case and said that the Minister for Justice Charlie Flanagan must clarify the role of the Gardaí in this type of situations.

Matt Carthy, originally from Strokestown himself, said, "Forced evictions and the violent scenes witnessed in Co. Roscommon are the natural outworking of the free rein provided by both Fine Gael and Fianna Fáil to banks and vulture funds in recent times.  It is time for government policy to shift from that of embracing the wishes of financial institutions to one that supports families and communities.

"Since the onset of the financial crash, we have witnessed measure after measure being put in place to protect the interests of the bankers.  From the bail-outs, to tax breaks, to inviting and encouraging vulture funds to enter the Irish market, the lengths in which government policy could be stretch to accommodate the sector responsible for the crash in the first place has known no boundary. Is it any wonder that these institutions feel that they can act with impunity when it comes to dragging families from their homes?

"The scenes of brutality meted out by black-clad, nameless security men on two Roscommon natives, on behalf of KCB bank on Tuesday is an outrage to most Irish people. It recalls the days of violent evictions during the famine in this area which has a long and storied folk memory.

"That a local family were subjected to a terrifying ordeal of thuggery from a group of men acting on behalf of a financial institution will be worrying to all right thinking people. The allegations that some of those involved in the evictions have links to loyalist paramilitaries are deeply troubling.

"The role of the Gardaí, standing watch while, according to footage relayed on social media, clear acts of assault were taken place and their general facilitation of forced evictions must be examined. I will be writing to the Minister for Justice asking him to clarify the role of the Gardaí in these instances and to amend that role if necessary.

"Let’s remember the inherent unfairness of the situation whereby banks continue to sell-off non-performing loans at huge discounts to vulture funds while refusing to provide any measures that would allow families to remain in their homes. It is this situation, overseen by Fine Gael and Fianna Fáil, that has resulted in such revulsion at the events in Roscommon and such a large outpouring of solidarity with those families faced with the bully boy tactics of the banks and their hireling thugs."