Tesco Carrick-on-Shannon will remain open during strike on Saturday 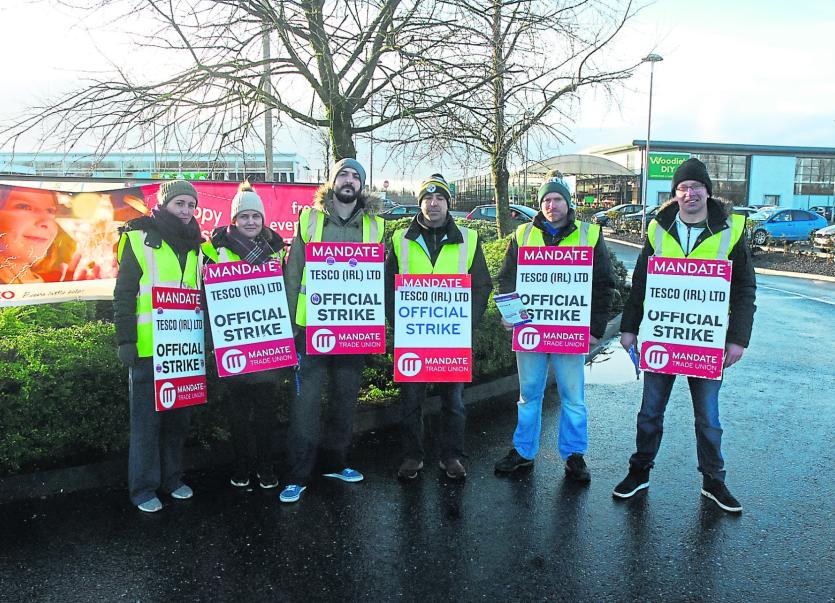 Mandate Union staff at Tesco in Carrick-on-Shannon and Sligo will both picket this Saturday as part on the "ongoing" dispute over local working hours and contracts and conditions. Workers want the company to abide by collective agreements.

A spokesperson for Tesco  says they "remainscommitted to resolving this dispute. We request that Mandate, even at this late stage, desist from the industrial action and refer these issues back to the WRC where we are willing to engage with the union."

David Gibney on behalf of Mandate said Tesco management has failed to respond to correspondence from the union to resolve the issues. He said the first strike at Tesco Carrick-on-Shannon which was held on one of the busiest days of the year, Saturday, December 22 was "ignored” by Tesco management.
Mr Gibney said the Leitrim public supported their previous strike and it is hoped they will stand by local workers and respect the picket again this Saturday.
“We apologise for the inconvenience to customers but until Tesco recognise us and sit down to negotiations, we have no other option. Workers in Carrick are determined to have their democratic rights abided by."

Tesco staff around the country are also being consulted with to see if they too want to join the strike. Mr Gibney said he can’t rule out more stoppages as the mood of workers hardens.

Tesco Ireland said "It is regrettable that Mandate is proceeding yet again with strike action at our Sligo and Carrick-on-Shannon stores.  This series of one-day strikes is entirely unwarranted and damaging to this area of the North-West near the Border.  We regret the inconvenience to our customers and the hardship for colleagues who disagree with Mandate’s actions.  Both stores will remain open for business as usual on Saturday 26th January.

"Tesco fully respects our colleagues’ right to choose to be represented by a trade union, unlike many other retailers and businesses who do not recognise or engage with Mandate. We remain committed to the State’s industrial relations machinery as we were before when we accepted a Labour Court recommendation that continues to remain rejected by Mandate."

Also: Watch| Tesco workers on strike at Carrick-on-Shannon in December