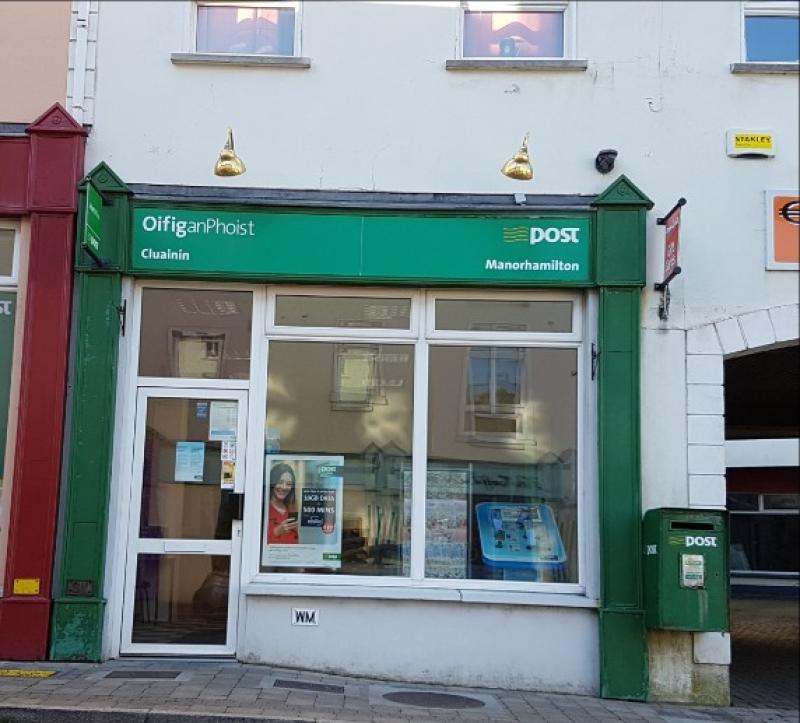 An online petition is gaining traction to stop Manorhamilton's Post Office from moving off the town's Main Street.

An Post have officially confirmed that the Post Office on Main Street is to move into the SuperValu building by early March.
An Post spokesperson, Aengus Lafferty, insists it is good news for the locality and is a sign of things to come with new post office structures. However many locals disagree.

Manorhamilton Post Office has been on Main Street for over 40 years. The current Postmaster is retiring, but the premises will still be available as the family do not live above it. The business was put up for tender and SuperValu will now house the new unit.
Almost 800 signatures have been collected to try and stop the move. The petition addressed to An Post and the Government says “We are calling on An Post to repeal their decision of moving the post office on Main Street Manorhamilton to SuperValu, Manorhamilton.”

According to the organiser of the petition, “SuperValu only has two disabled parking spaces which is completely inadequate for the potential costumer base of the post office which includes the elderly and people on disability allowance. This will put extra pressure on the SuperValu carpark which is already struggling to cater for their own customers parking.”
The petition says, “Main Street in Manorhamilton, where the Post Office is now located, is slowly becoming decimated and this move will be the final nail in the coffin. We thereby plead with you to reconsider this ill-thought out decision and to retain our Post Office where it rightly belongs on our Main Street.” The online petition is on uplift.ie.

Manorhamilton Business Forum has also expressed concerns regarding the relocatation.
Town Councillor Felim Gurn had told the paper if the post office moved, “there will be eight derelict sites on Manorhamilton's Main Street.”
Cllr Gurn said this move flies in the face of the efforts to “bring back businesses to Main Street.”