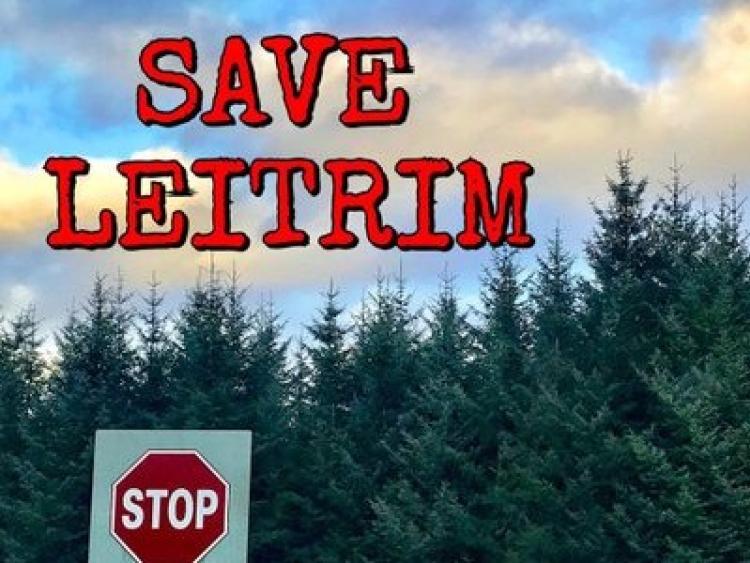 The Save Leitrim group will hold a Communities Not Conifers rally outside the Dáil tomorrow, Wednesday, January 30 at 11am and are encouraging all communities affected across Ireland to attend.

The rally has already gained huge support from organisations such as the Irish Wildlife Trust and from people across the West of Ireland, Clare, Cork, Kerry and Wicklow and will see several buses travel to the capital today to voice their concerns.
“People are most important in our rural communities. They are vital in so many ways that communities suffer when the numbers of people living and working there decline,” said a spokesperson for the group.
“Irish Government forestry policy has now reached a point where it is incentivising the replacement of people in communities with large swarths of non native mono-culture sitka spruce.
“The plantation of the sitka spruce has been going on for 40 years or more. Currently well over 50% of the available lands are covered in industrial conifer plantations. That's over 20% of the total area of Co Leitrim.”
Save Leitrim say that several areas across rural Ireland including Co Leitrim are “suffering from the government's policy which is have a very serious negative impact on people, their lives, mental health, businesses, communities, biodiversity, wildlife and their rights”.
This, they say, is now exacerbating decline in these communities and in the wider rural areas.
“147 townlands in Leitrim are now abandoned with many of them fully planted in conifers,” the group pointed out.
There are concerns that farmers are being displaced as a result of the boom in forestry and that this is having a knock-on effect for other industries dependent on farmers such as veterinary practices and agricultural suppliers.
“Farmers cannot expand or develop their holdings due to the hike in the price of land by the tax breaks and grants for forestry and being snapped up by outside investors getting very significant profit or return on their investments,” said Save Leitrim.
Concerns have also been raised about the visual barrier created by large forestry plantations and the impact of clear felling on our landscape and our roads.
“Coillte and the private forestry companies must be told that there is already enough Sitka spruce planted to keep the wood processing factories going for at least a decade while they adapt to the change,” pointed out the Save Leitrim spokesperson.
“They must improve and restore rural landscapes in keeping with Ireland's obligations under the Florence Convention and reverse the damage to water quality caused by nutrient and sediment runoff from plantation spraying and clear fell.
“And finally, increase skilled employment in the forestry sector through training and employment of expert foresters to grow long life, quality, broadleaf trees rather than quick rotation fence posts, pallets and pulp.”
The rally starts tomorrow (Wednesday, January 30) outside of the Dáil at 11am and all are welcome.