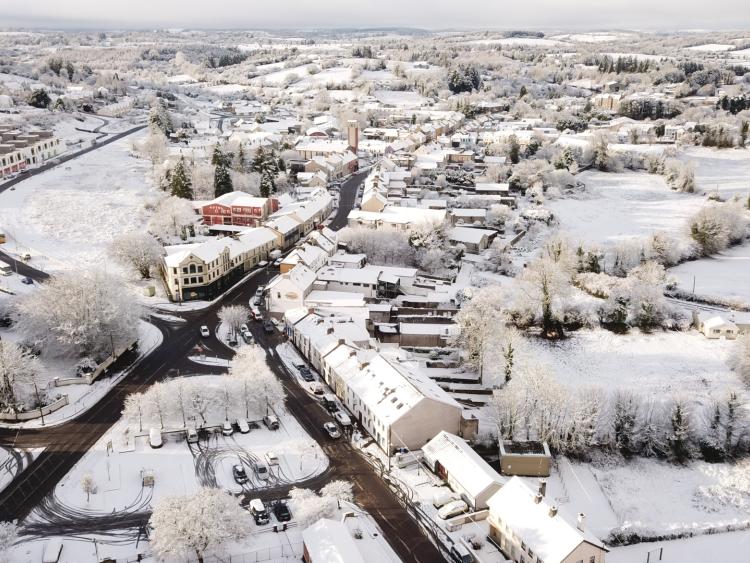 Aerialshot of Ballinamore as a winter wonderland. PICTURE: DESSIE WISLEY

There is something stirring in Ballinamore — you can feel it in the air and see it in the faces of people who love the town and all it stands for. They’re getting involved, excited by the plans for a brighter future. They want to play their part in putting Ballinamore back where it belongs.

Like many towns across the north-west, Ballinamore has taken a battering over the years, but it's on the comeback trail now. Big projects don't happen on their own, though, so it’s a credit to the community that so many people are getting involved and showing pride in their area.

Speaking to people from Tidy Towns, business, tourism and community sectors in Ballinamore, the feeling is hugely positive. As they pushed the remaining snow from streets outside last week, those I spoke to were planning and looking forward to warmer days ahead in the Friendly Town.

Everyone is talking about the planned transformation of the community hall into the new multi-purpose Island Theatre. The centre will have an extension, an installation of in excess of 200 retractable seats, plus a cinema screen and first-floor reception. Work will begin around Easter time and is expected to be completed before the end of the year. Full details of the project and the fundraising drive will be unveiled on February 28.

*Keep an eye on the paper for more information on this massive transformation in coming weeks. 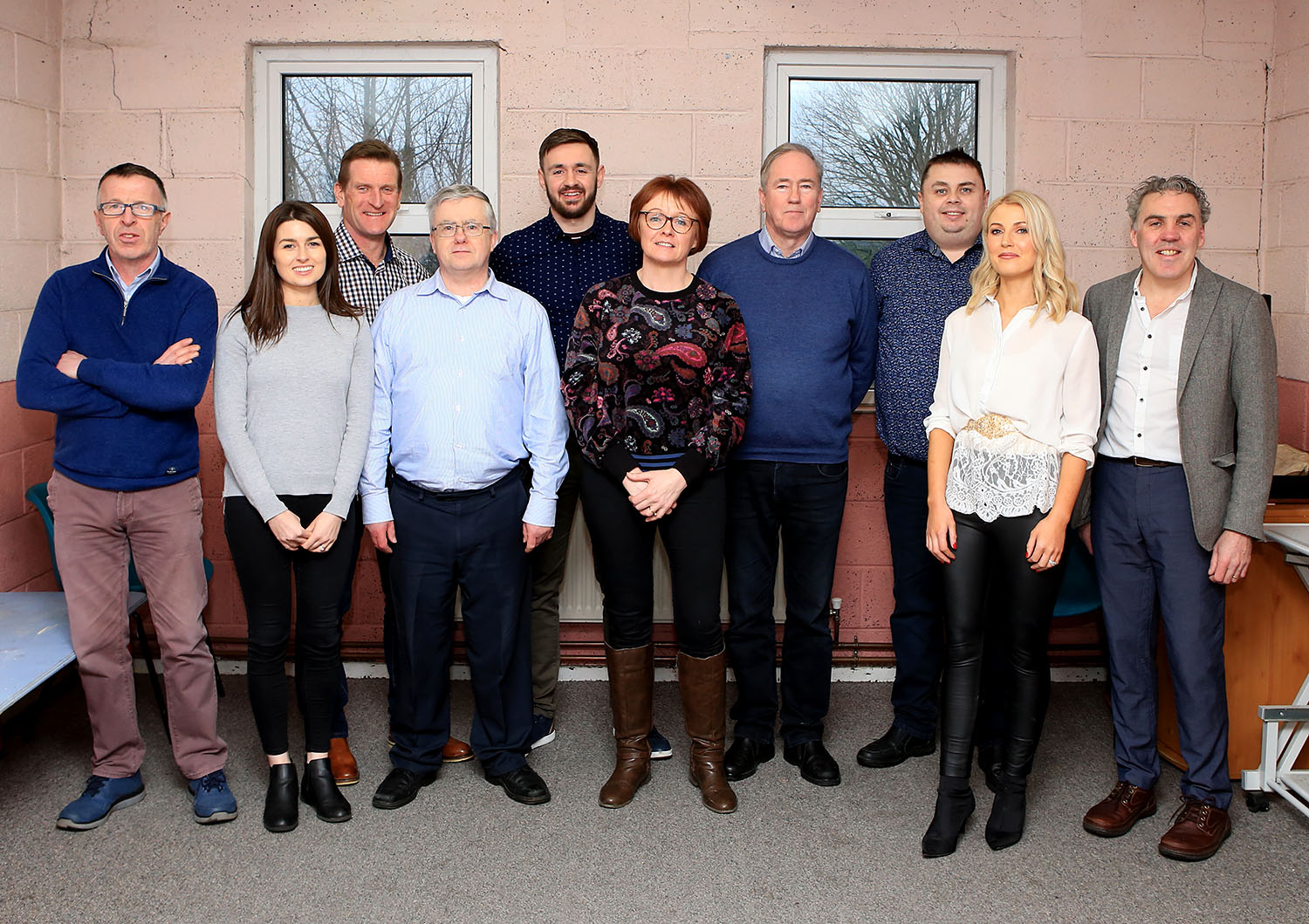 The chairperson of the hall committee, Tom Burns, told me: “The reaction has been very positive, everyone is excited. We hope to bring plenty of entertainment acts, plays and comedies to the town. No one will say there is nothing to do here any more.”
Ciaran Smyth, owner of Síopa Ól, is excited that the refurbished hall will bring an “all-weather” aspect to the town. He explained that many organised events are rained off during festivals, so this bigger venue will help bring bigger and better acts and activities to the town.
Looking to the future, Ciaran said: “I hope underage medals will be presented in the hall.” He is involved in many aspects of town life and is a ray of positivity: “We have loads going on here and some fantastic people involved in making it all happen.”
Local activist Maureen Martin is chairperson of the Community Area and Steering Group, who have an application for a €1.3m grant for the Old Railway Station.

They have applied for a digital hub, artists centre and landscaping at the old St Felim’s School/ Railway Station at the top of town.
Maureen said the committee were “overwhelmed by the massive response to a digital hub for the town”. The hub, if approved, will have four hot desks and one private office. “We already have more people than we need who want to use this,” Maureen said, adding that this shows there are people who want to start a business in the town and other who want to expand their existing companies. 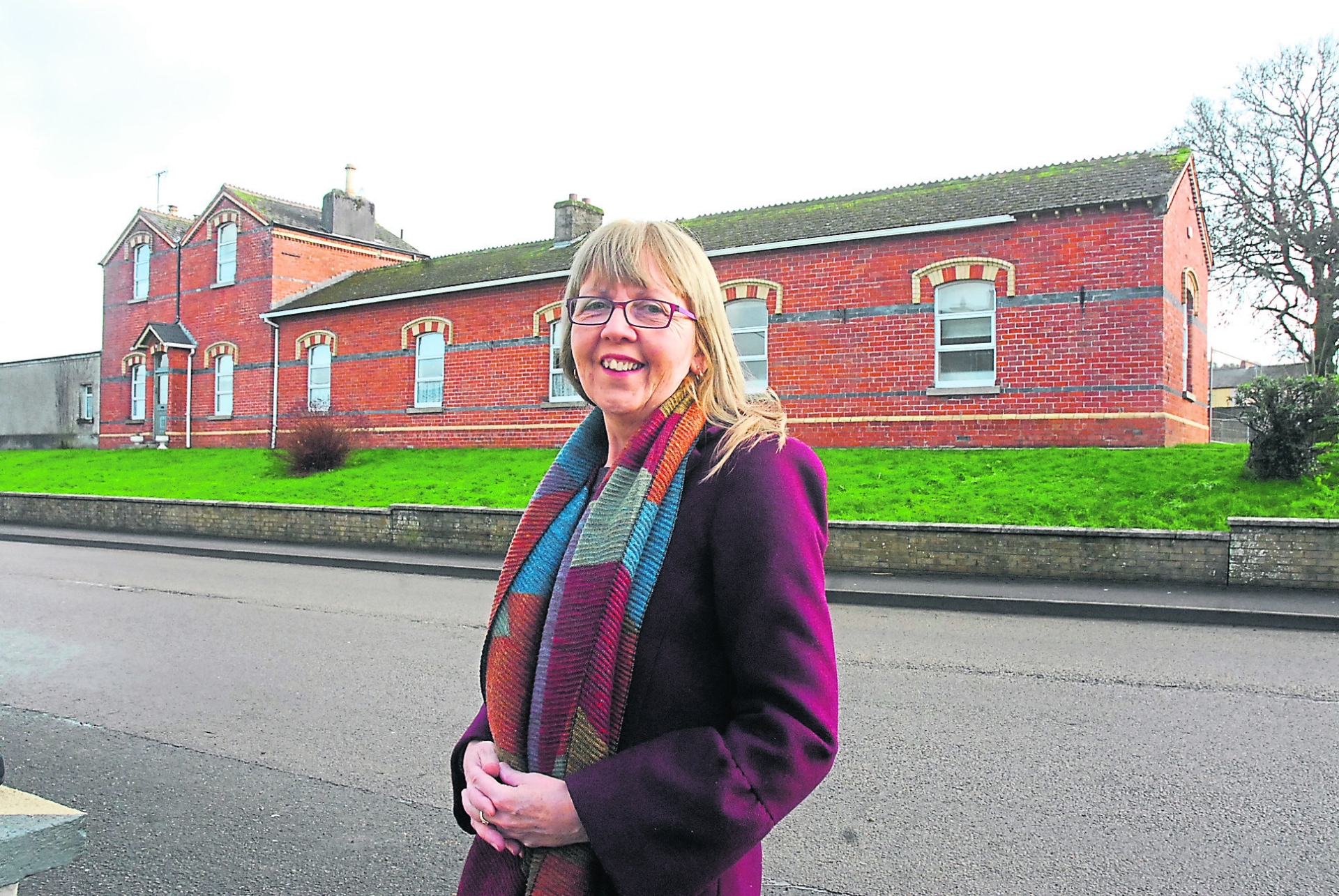 Work on the very important greenway through the town is also due to begin this month. The greenway, which will run on the old railway track from Belturbet to Mohill, will have its headquarters in Ballinamore. The first phase of this stretch is already fully funded and construction will begin on the stretch from from St Felim’s to Corgar Lake.
Speaking of local businesses, Maureen said she organised a tour for the Enterprise Awards at the very last minute late last year, and she couldn’t believe how the businesses of the town worked together to best showcase Ballinamore: “We are all working together to make the town better and to generate more jobs.”

Terry Shortt reckons Ballinamore is attracting more tourist events every year.
“I am delighted that angling has made a comeback, with a 25% increase in the past year alone,” he said. Ballinamore will be running a new angling festival this May, building on the back of recent competitions and the massive success of the World Pairs event.
“We are also hoping to set up a juvenile angling competition to promote the sport amongst children locally,” Terry said. The tourist centre, which is open every week day, is busy answering queries from far and wide. There’s plenty of interest in Ballinamore from outside the country and the centre also helps to coordinate and promote local events. 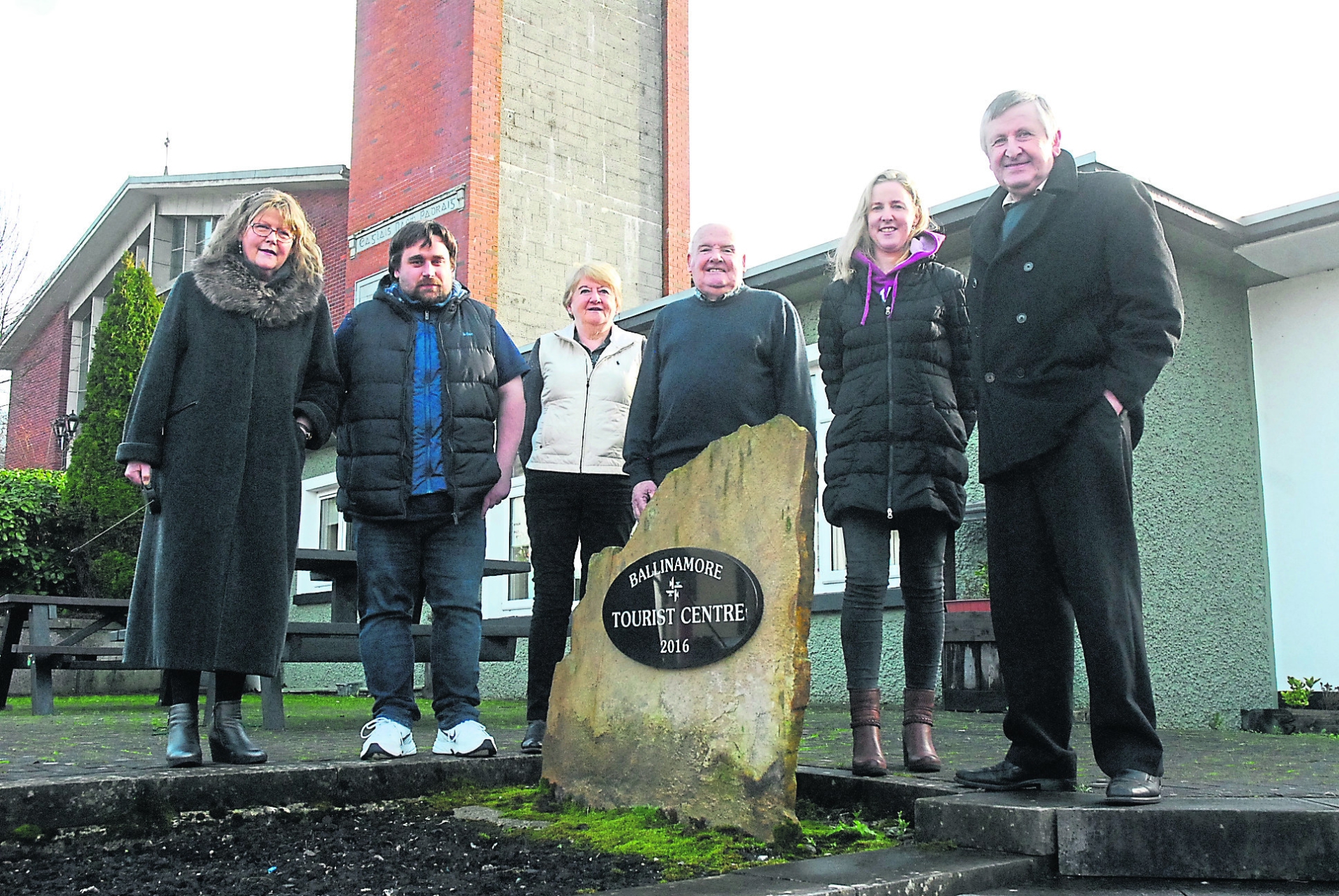 The chairperson of the local tourist group, Terry also enthused about a boat-cruising service returning to Ballinamore this year, after a long absence. He is excited about the new greenway as well as the work on the community hall. The tourist office has maps of all the local walks and Terry said they’re very popular with locals: “More and more families are getting out and using our great facilities. Tourism plays a big part in Ballinamore — we have beds, we have events and activities and we have the people behind them making it all happen.”
“Ballinamore,” Terry smiled, “is back on the up”, thanks to the hard work of a lot of people. He paid tribute to his own committee and all those they work with to promote the area.

Kay Maguire is well known for her work with Tidy Towns — and she is delighted to be involved in a number of projects progressing around Ballinamore.
Kay was crucial in bringing ETB courses to the old vocational school. The site, which is home to the local Men’s Shed, will soon host a new Women’s Shed. Kay was integral to getting funding to upgrade the old school to allow cooking classes, art and a successful community garden.
She told the Observer: “I attended some courses in Mohill and wondered why we couldn’t offer them in Ballinamore. Since they were set up, we’ve had great participation. People love to attend things in their own area. We are always open to more people coming along and learning a new skill.”
Kay regularly organises clean-ups around the town and says that “whenever I call for help, there is always an answer from the community.”
She is happy that litter in Ballinamore is relatively under control and the town looks well.

Devin Creamer has placed his faith in his hometown as a place on the rise, having abandoned his career as a carpenter to set up a barber business on Main Street. 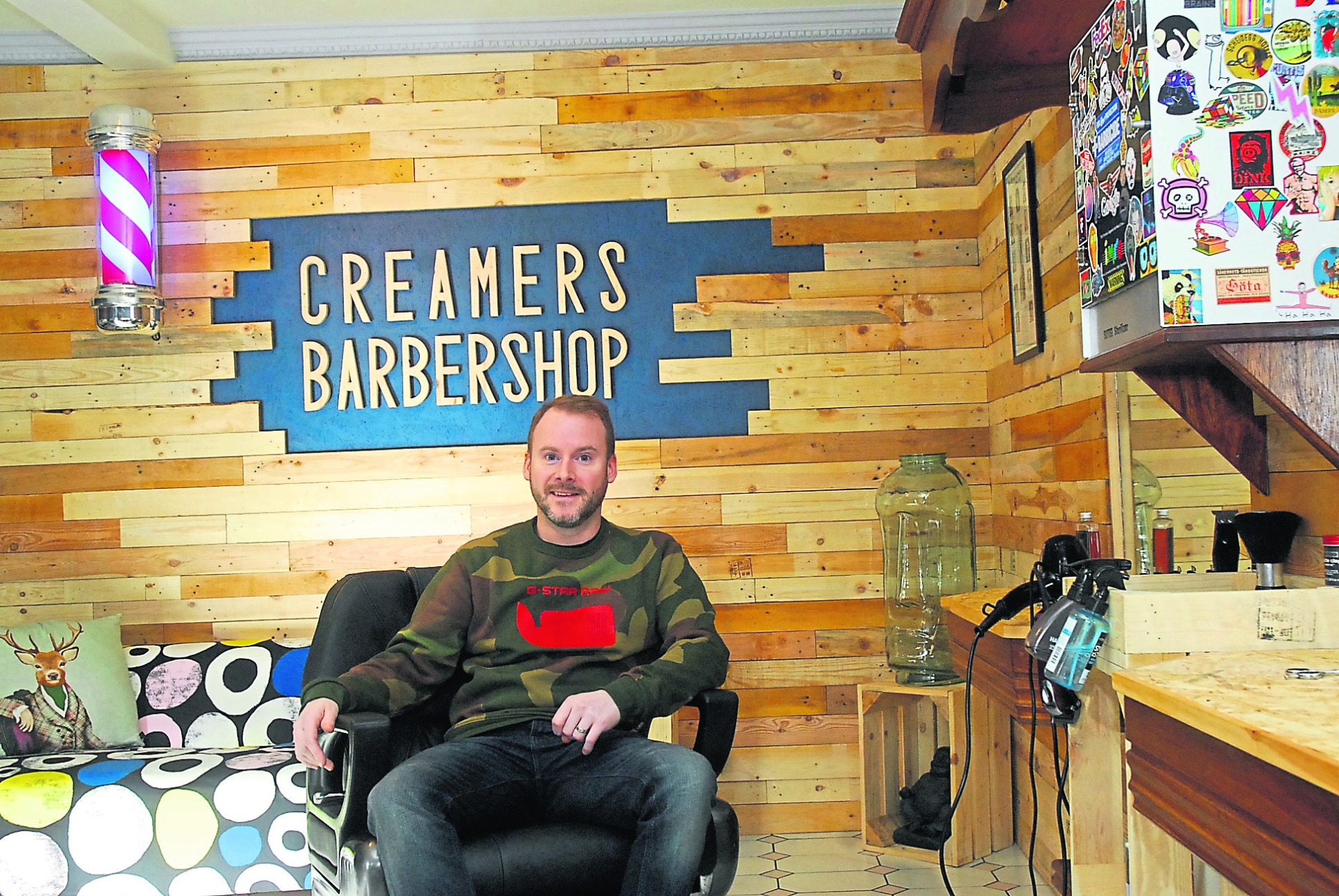 Devin said he shocked family and friends by opting to train as a barber last year and opening a business on Main Street just before Christmas.
The young father said he was missing too many hours with his toddler and the carpenter job required long hours in Dublin. He set up in his family’s old hairdressing salon and has been delighted with the positive reaction of locals.
“I hope more people return to the town and open small businesses. I didn’t want our old family business to turn into another vacant shop unit,” he said. “I want my son to enjoy a similar childhood to mine. This town has a lot of offer and I have great faith in all the work being done.”
In the next month alone Ballinamore will enjoy a fabulous musical Oklahoma, which has a large cast and crew performing for seven nights from February 15-23. From March 1-8, the drama festival will welcome plays from around the country to perform in the hall.

The people of Ballinamore are not waiting for outside help — they’re making plans and creating their own opportunities. And they’re transforming their town into a vibrant, engaging place.