The self-made man: Donal O'Kelly brings it all back home

30th anniversary: Donal O’Kelly returns with Bat the father, Rabbit the son to the Glens on March 7 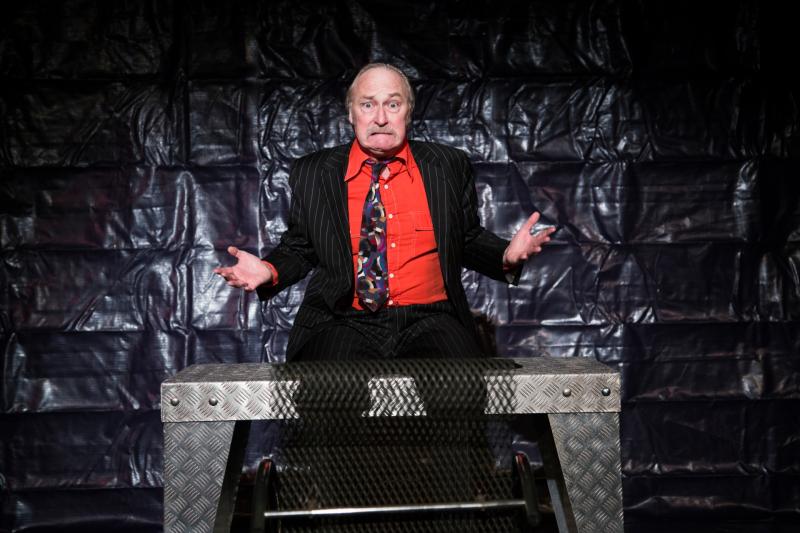 Thirty years ago Donal O’Kelly made his name with a manic theatre piece: Bath the father, Rabbit the son.

“I don’t know where Rabbit sprang from. I wrote him as a character based on hundreds I saw in loud pinstripe suits running Dublin in the 80s. The self-made men who, instead of recognising the obstacles they overcame and working out ways of reducing them for others, pretended their success proved no such class obstacles existed.

Thirty years later, I’m doing it all again. And it doesn’t feel like a nostalgia trip. The bank bailout and our deliberate impoverishment as a citizenry is rooted in the mindset of that 80s generation – the sons of the founding fathers of the state.”
While a lot has changed, a lot has also stayed the same and Donal says audiences “resonate” with the theme, the time of “drag yourself up” and individual-only culture. 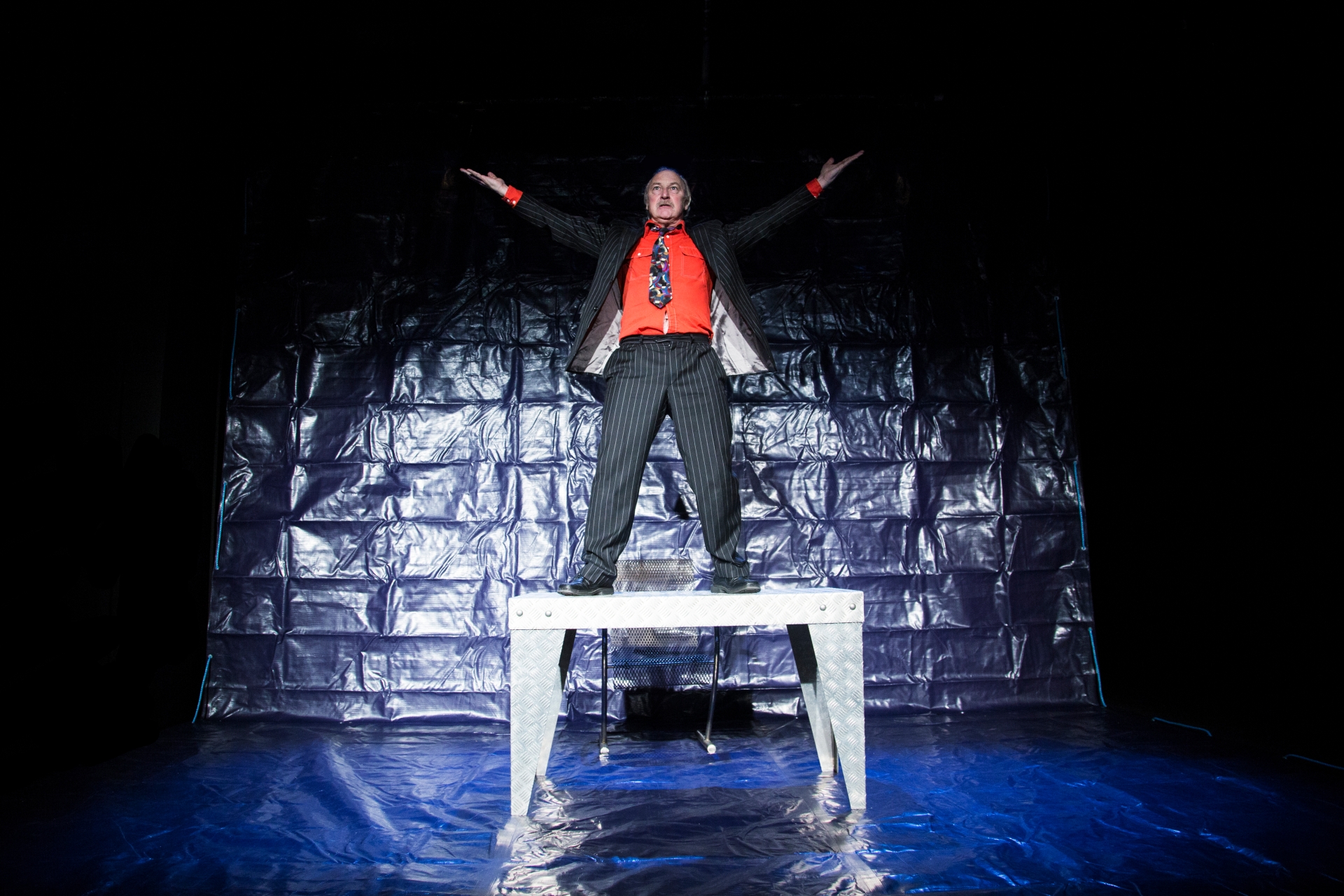 Three decades on, Donal still has plenty of energy to take on the roles of Bat, Rabbit and everyone inbetween. “When I started this , I had to draw on lines for wrinkles and colour my hair - but now I look like that!”
It’s Dublin in the 1980s. Rabbit is a self-made haulage magnate. But something’s wrong. He cuts a deal with his underling Keogh to help him find his lost moorings. The quest is hampered by his dead father Bat, Citizen Army volunteer and pawn shop assistant, bubbling up. The struggle spans Dublin and is an explosive exposition of the generation of Irish men that led us to boom and bust. Bat the father, Rabbit the son is more pertinent than ever.

This one-man show has travelled New York, Chicago, London, Edinburgh, Australia and New Zealand to great acclaim.
The show returns after 20 years to The Glens Centre and is there on March 7.
Donal is excited about the “homecoming show” as The Glens Centre was one of the big reasons he moved “lock, stock and barrel” to Carrigeencor Lock 10 years ago.
Since then Leitrim has changed him, he now knows the seasons better and he has learned from his mistakes: “I have to call less on local people with tractors to pull me out!”

Donal praised the arts and theatre scene around Leitrim and Sligo and said he loves to see “a global vision in the local.”
He remembers how Leitrim welcomed him ten years ago and he loves how different people from all over the world settle here in this county and makes it “home.” He now feels more rooted, more at home in Leitrim and treasures his neighbours and friends here.
Donal is working on a few projects “inching them along” and commented he is planing lots of seedlings, some will come to life, others will not.

Donal is well known as a writer and actor, his much-travelled solo plays include the award-winning Catalpa and Jimmy Joyced! Donal was also instrumental in Jimmy Gralton's film Jimmy's Hall.
His play The Cambria, about Frederick Douglass’ voyage to Ireland in 1845, performed with Sorcha Fox, toured Ireland, as well as playing the UK and Los Angeles. Vive La, a 1798 spy story mummer play, toured Ireland in 2007, and was revived in the Project in 2008.
Running Beast, his music-theatre piece with music by Michael Holohan, has toured Europe since its premiered in September 2007. 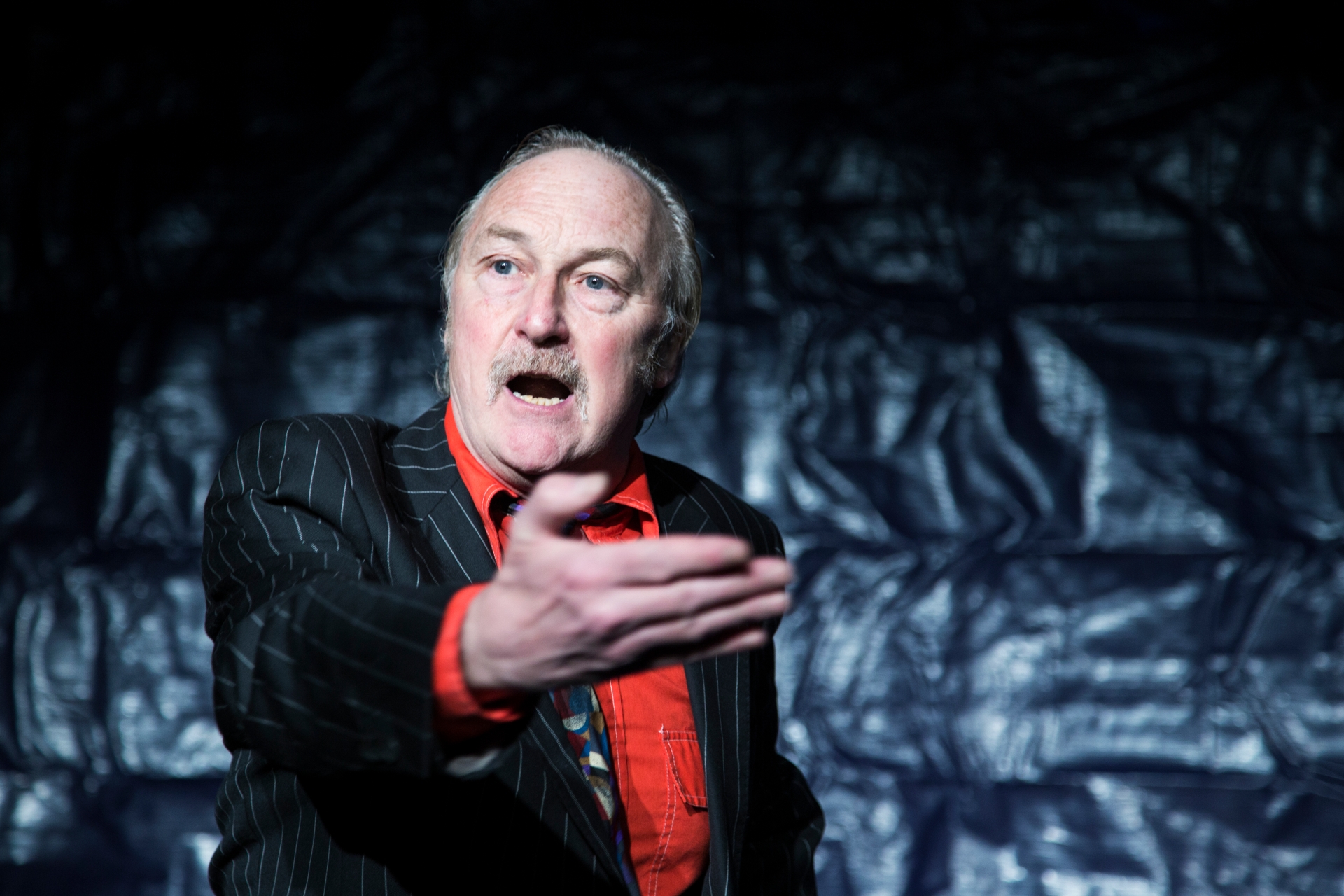 Donal told the Observer he is anxious about Brexit as he will find out first hand the complications involved when he plays this show to the Irish Centre in London on March 30. How he will get his set over there and how long it will take him to come back is “all up in the air.”
With all the news, threats and upheaval expected from Brexit, he did say there is a possibility of a script from this new chaos facing Ireland and if anyone can make it funny and entertaining it will be Donal O'Kelly — the real self-made man of theatre.

Booking for the show in The Glens on March 7 is here.