Avantcard recognised as one of Ireland’s Best Workplaces 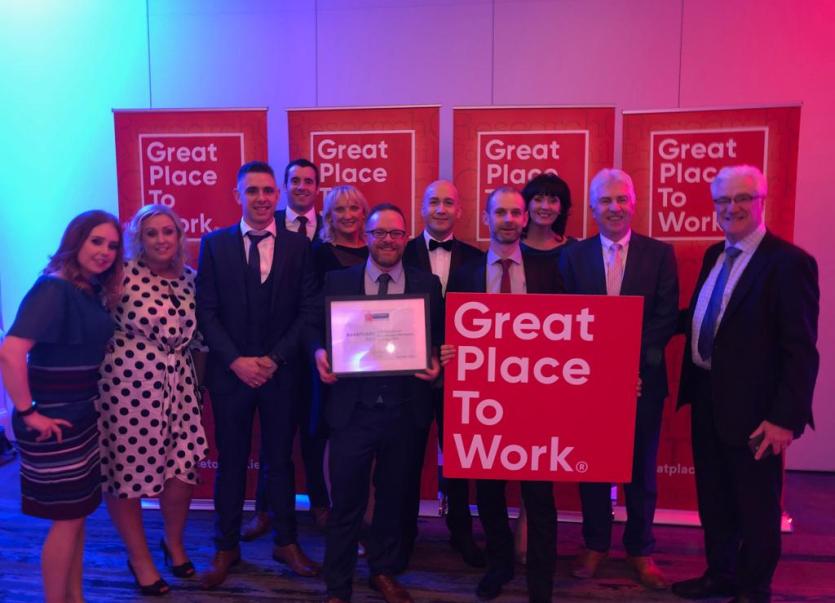 Avantcard, the Co Leitrim-based consumer finance provider, has formally been recognised as one of Ireland’s Best Workplaces. At the annual Great Place to Work gala dinner held in Dublin on 27 February, the credit card and loan provider, headquartered in Carrick-on-Shannon, was ranked in the Top 20 medium-sized companies, coming in at number 14.

Avantcard, which recently announced the creation of 40 jobs in the region this year, was applauded for its commitment to improving the lifestyles and wellbeing of its workforce of more than 220 employees.

The company was also one of six to be awarded an additional Special Award, the Team Award for “Embedding Culture From Within”, noting the significant increase in trust levels among staff year-on-year.

Helen Richardson, Avantcard’s Head of HR said “Having recently announced 40 new jobs between our Carrick-on-Shannon and Dublin offices, it is brilliant to be endorsed as one of Ireland’s Best Workplaces. We are committed to creating quality jobs in the North West, and to providing a workplace that allows our employees to flourish.”

“Given that part of the assessment is based directly on feedback from our employees, we feel that it is a real endorsement of the value that we place on our staff.  We are continually working to improve our workplace culture for the benefit of those who work for us.”

“We are particularly proud of being a large employer in the North West region and believe we are not only one of Ireland’s Best Workplaces, but that the North West region is also Ireland’s best place to live. We can offer a truly great quality of life for people looking to live in this area and who wish to have fulfilling careers in financial services.”

With more people seeking a better work / life balance the benefits of working, living and learning in the North West are self-evident, offering an excellent standard of living. A lower cost of living, significantly less traffic and a slower pace of life, combined with the tech boom taking place in neighbouring Sligo, means the region is attracting more and more businesses and investment.

Avantcard DAC trading as Avantcard is regulated by the Central Bank of Ireland.