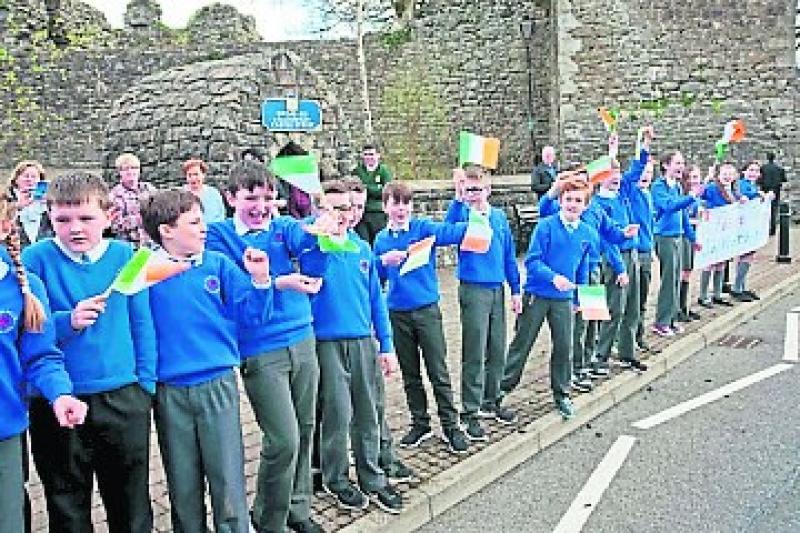 Wonderfully positive news came to the North Leitrim area recently, as Gaelscoil Chluainín received the news it has been awaiting for 10 years. The Department of Education and Skills has informed the school that it is now actively seeking a green-field site for a new school.

This news was received with much delight by all stakeholders in the school, board of management, staff, children and parents alike.

In a statement to leitrimobserver.ie a spokesperson said "It is important to note that the new build will be a state-of-the art building and will undoubtedly prove to be a major attraction to parents and prospective pupils in the Manorhamilton, Rossinver, Dromahair, Killargue, Drumkeerin / Creevelea and other areas.

"The building will not only be an educational one and a hub for the promotion of the Irish language, but it is envisaged that it will also be to the forefront of promoting all things musical and cultural for the North Leitrim area.

"The announcement of the new-build is further affirmation of the continued success of Gaelscoil Chluainín and its investment in education and in the Irish Language and culture in the north of the county."

Gaelscoil Chluainín featured on RTÉ’s Nationwide with Anne Cassin recently. The presidential visit to celebrate the school’s 10th Birthday in April 2018 was featured on the programme and the children, staff, parents and board all received much acclaim and praise following the airing on Monday January 14.

On that programme our Uachtarán Micheál D Ó hUigín stressed the importance of the Irish language and indeed alluded to the widespread research which evidences that bilingualism leads children and adults to acquire a third or fourth language much easier. He also told the children that “Learning Irish is now COOL!” Strong influential words from a very wise man!

Gaelscoil Chluainín is accepting enrolments immediately from any prospective parents/pupils for the years 2019-2022.

Anyone wishing to enrol should contact the school office for an enrolment pack and return it before March 29th. 2019.