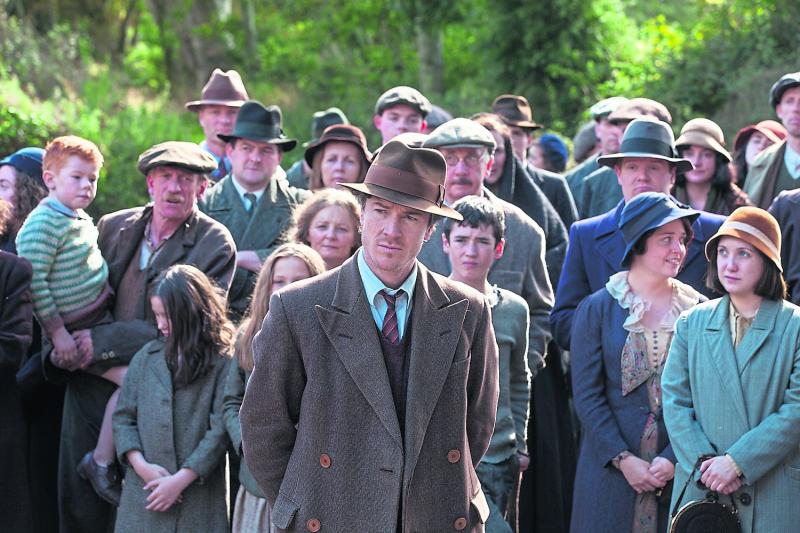 Filming for Jimmy's Hall was done on location in Leitrim.

Leitrim has missed out on hundreds of thousands of euros in investment and promotion because the county has not been included in a the WRAP fund, a project established to promote the north west region to the film industry.
Cllr Felim Gurn made the claim at the recent bi-monthly council meeting noting that counties Sligo, Mayo, Galway and Donegal are all part of this fund.
In 2017 Leitrim County Council was asked to be a part of the WRAP project but a decision was made not to take up the offer because of the €60,000 financial commitment expected over the three year period involved.
“It was not obvious to Leitrim county Council what benefit would accrue to the county given the significant portion of the arts budget that would be required to fund this commitment and we did not engage in the process,” explained director of services, Mary Quinn.
However Cllr Gurn said this was a ‘lost opportunity’ for the county stating that the spinoff for Sligo in attracting filmmakers has been in the region of €700,000 as a result of their involvement in the fund.
“This fund enables film production to create viable jobs in the making of films and TV shows like Game of Thrones,” he said.
“I do think that Sligo has gotten ahead of us on this. I know there are constraints in the budget but we are really missing out. If we were included we would be attracting more filmmakers to this area.
“It has worked for Northern Ireland and (this kind of fund) would promote Leitrim to a worldwide audience highlighting (our) fantastic rural landscape,” he said.
Cllr Sinead Guckian agreed acknowledging Leitrim “really needs to take into this industry” while Cllr Padraig Fallon said he had spoken with people in the industry and our failure to be involved in WRAP “is having a very negative impact”.
Cllr Des Guckian urged the Council to consider getting involved in this type of programme while the remaining councillors also added their support.

Ms Quinn said that Leitrim County Council has, instead, focused available resources on filmmakers who live in the county as well as assisting those film companies who wish to use the county for filming.
This assistance included testing water for the Winterlake project currently being filmed in Leitrim and Sligo and the provision of fire and environmental services for the filming of Jimmy’s Hall.
“Efforts to support the filmmaking industry in the county will continue within the available resources in the arts budget,” she told the chamber.
“Perhaps the WRAP programme will continue beyond the three years and we can revisit our involvement then.”