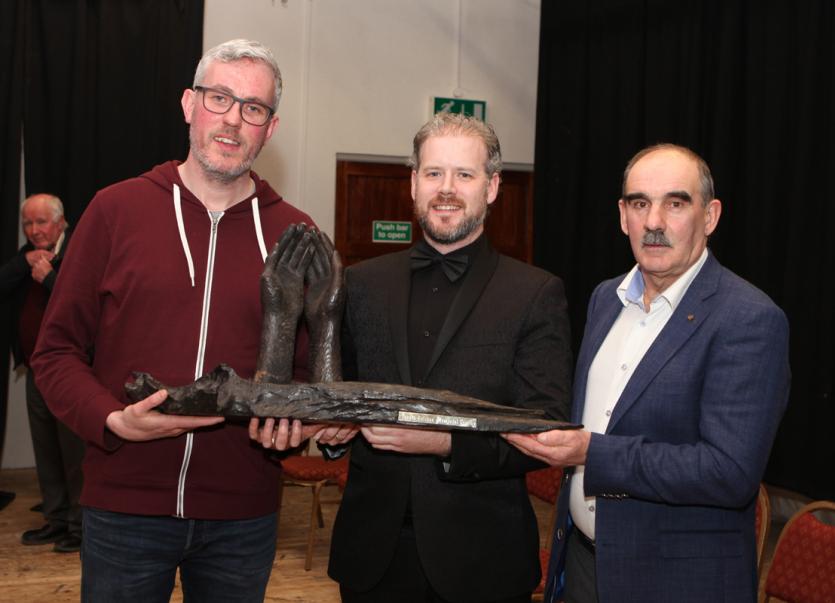 The CornMill Theatre are on the trail for All Ireland glory this year with their production of On Broken Wings.

The Carrigallen group are in the middle of festival circuit but are already faring well having received first place in their two local festivals in Ballinamore and Kiltyclogher this month.
They came third in Ballyshannon drama festival but are hoping to hit the top note in Shercock this week and Cavan Town later this month. They will also perform in Caremorris and Carrickmore also.

After they took home the top prizes in Ballinamore and Kiltyclogher this month “Athlone is calling” was already being mentioned across social media for the Carrigallen group.

Director Ronan Ward also got awarded at Kiltyclogher Drama Festival. He was in charge when the group last won the All Ireland Drama Festival in 2014.
Dermot Healy's masterpiece, On Broken Wings, takes its title from a popular song of the 1930s, a period in which some of the scenes are set.

The play opens in contemporary Ireland with an old masked figure - Timothy Lavell seated by the hearth of a cottage on the Mullet peninsula.
It follows from Timothy’s childhood, including his trip by boat and train to Scotland, and his time there potato-picking, before return home again. Then we continue with Timothy’s life in America. He finds work as an elevator man, and encounters many races and creeds. His experiences, his failed love affair, his hallucinations, and his fears are explored.
Eventually he returns to Ireland to sit by the hearth like his father and mother before him. Timothy Lavell is a stubborn survivor of another age.

The 2019 All Ireland Drama Festival will be held in the Dean Crow Theatre, Athlone May 2- May. The nine finalist theatre groups will be announced in April.