The vision is that we’ll have an Ireland where fewer lives are lost through suicide - John Meehan, National Office of Suicide Prevention speaking at Leitrim's Health Is Wealth 2019 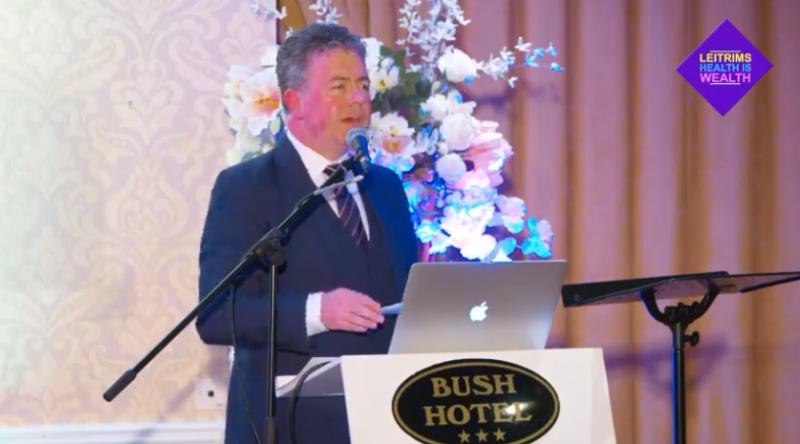 “The vision is that we’ll have an Ireland where fewer lives are lost through suicide. Where communities and individuals are empowered to improve their mental health and well being ….Suicide prevention is all our responsibilities. It is just not a HSE responsilblity," said John Meehan, National Office of Suicide Prevention (NOSP) at Leitrim's Health Is Wealth 2019.

Mr Meehan spoke about the work that the NOSP is undertaking to try and reduce the incidence of suicide in Ireland.

He explained that in 2015, Ireland's youth suicide rate was 7.02 per 100,000 population. This was the 7th highest rate of the 33 countries in Europe. While the overall rate of suicide in Ireland was the 10th lowest out of the 33 European countries, the fact that our youth suicide rate remains high is something that the NOSP is trying to address.

According to the statistics, approximately 80% of suicides are male, but Mr Meehan stressed this was not uncommon within Europe.

What has been changing in Ireland is the age profile of those who die as a result of suicide. Previously the cohort of those who died following self-harm was in the majority in the 18-24 male age group.

He said he didn't know if this was attributable to the recession and the impact this had on people but added that this was evident of the need to have up to date information so that services can be directed where they are most needed.

He also spoke of the suicide rates in our local counties. For somewhere like Leitrim, he said with lower populations, a small increase in the number of deaths can have a large fluctuation in the suicide rates.

He noted that between 2015 and 2017 Leitrim had the 8th highest suicide rate in the country. Roscommon had the 20th highest rate of suicide in Ireland and Sligo and Donegal had the 17th and 18th highest rates, respectively.

More worryingly, Cavan had the fourth highest rate of suicide in the country during this period.