Inspirational story of loss, love and the support of a community gets standing ovation at Leitrim's Health Is Wealth 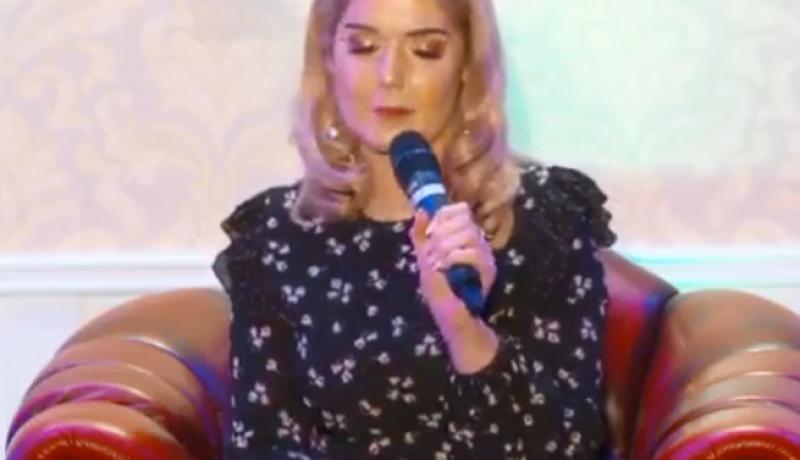 Sligo woman, Kristen O'Reilly, was given a standing ovation at Leitrim's Health is Wealth tonight after she shared her family's heart-breaking and yet, inspiring story, of loss and love.

In 2013, Kristen and her five siblings, the youngest, Keith, who was only in national school, were devastated by the news that their father had cancer.

"That’s a big shock to anyone, any family...but we thought he’s going to fight this no bother. There was never any question of daddy not making it," she told the 650 strong crowd in Carrick-on-Shannon.

Their father started treatment and the family "got the shock of our lives" on October 9, 2013.

"Daddy didn’t come home one day when he was out fencing on a farm," she said, adding that after he failed to return for dinner the family were joined by neighbours to undertake a search. A short time later they were given the devastating news that their daddy had suffered a heart attack and passed away, aged just 51.

At the time Michelle, the oldest child in the family was only 22, Keith, the youngest was just 12.

Kristen, who was only 16 and completing her leaving certificate at the time said that the family were given a second shock, just three months later in December, when their mother was diagnosed with cancer.

"January came and mam went into hospital. She spent the next nine months in hospital for cancer treatment. She got out for Keith's confirmation and on the night of my debs, that was the last night mammy was actually home. Very quickly after that she was getting sicker. It was daddy’s year anniversary in October and I remember we were thinking 'will she make it?'"

"We (myself and all my siblings) were all in the room, we were all around mammy on the 16th of November. Everyone was there, aunties, uncles, cousins. We were round mammy’s bed when she took her last breath. We were devastated,  we thought - 'how are we going to go through this again? How are we going to sit in a funeral home with our black clothes on us and try and hide our tears?'".

"We said our goodbye to mammy. Daddy had passed and we got our 13 months with mammy and in that 13 months we got to know her. She had different things that she talked to each of us about. Myself and my sister we asked her toward the end "is there anything you want?" And she said "ye’ll be fine, I have faith in ye, ye’ll mind Keith."

Kristen says that the amazing support offered by their extended family, in particular their Auntie Breege and their local community, all helped the family in the dark days after the loss of their parents.

"Our local community fundraised for us, they looked out for us. A neighbour still drops us in a chicken curry each Sunday. It’s the community, it’s the support, it’s our aunts, our uncles, our neighbours. Especially our Auntie Breege. She held us all together."

But most importantly, the siblings all agreed to be their for each other.

"We have had our bad days when he had our tea round the table and we talked. We helped each other. No one of us went to work and came home and sat by ourselves in our room," she said.

They worked together to find their roles in the family home and to keep the spirit of their parents and their family alive.

"It’s a fun house. We were all independent. Our parents put the hard work in. They encouraged us to be independent," she said.

"But there are times, we’re at the stage now where we’d say….I’d love to just talk to them."

She advises those still blessed to have their parents to "Cherish that relationship, put down the phone, talk to them".

Even though the family still feels the loss of their mammy and daddy, Kristen says "They are still with us. They still guide us in so many ways."

"We have a song - Wake me Up' by Avicii. If you were playing your pop at home you were told 'turn that off'. It had to be Mid West radio. It had to be OceanFM. It had to be country. One day my sister Norah was playing that song by Avicii on her phone and daddy was saying 'that’s a good song, play it again'. That was the night before we lost him. Now any time something happens the song will play for us and you’re reminded they’re still here for us," she said.

She thanked everyone for the messages of support on social media and from friends over the past few weeks as the sibling's story gained national attention.

She also had important words of advice for anyone impacted by loss or depression.

"In these situations you think ‘we’re never going to get over this'...every person in this room will experience tragedy, loss and down periods, the supports are available, just open your eyes and take them. There are people there who will help."