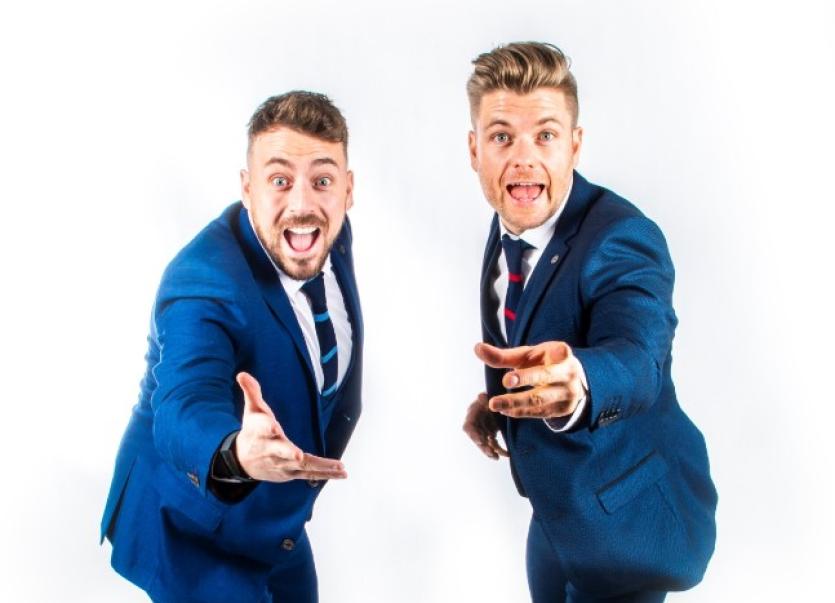 The 2 Johnnies finish up their Get Loose Irish tour in the “Las Vegas of Ireland” Carrick-on-Shannon on Friday, April 26.

The boys Johnny B and Johnny Smacks said they cannot wait for the party of all parties in Carrick at the end of the month and are asking Leitrim fans to “get in gear” and buy your ticket for the show in The Landmark Hotel.

The hilarious duo are best known for their GAA commentary and rural life sketches. If you ever played Junior B in your life, are a GAA widow or love to laugh then you should turn up for this show. All singing, all dancing - except for a bad knee, which will be strapped up for the gig.

The pair of lads will be in the county town to soak up the atmosphere and gather some local material for a few days around the show - make sure you say hello!
The Johnnies did say they might need to “re-evaluate” the show after finding out Carrick is split between Leitrim and Roscommon!

The two boyos are releasing a new song just before the Carrick gig - so locals will get an exclusive live show of the song which features the failed GAA career of one of the Johnnies. “It is a tragic tale” they both chimed.
The two Johnnies promise Lucozade and red lemonade at the bar and there might even be a raffle!
The Tipp men said there may be some audience participation and no seat will be safe: “You will not be safe down the back” they advise.

North or south Leitrim, Rossies and anyone else “with a head” are not safe from criticism.
“We can say what we want on tour, stuff we can't say on the podcast,” they explain. Their podcast had been number one in the Irish Podcast charts 38 weeks in a row, that's every single episode for the past seven months.

Over the past 12-18 months the guys have performed in Ireland, UK, and USA and UAE to sold out audiences of over 20,000 people.
Their YouTube channel has had over 8 million views and their fans are from eight -years-old to 100!
In Let Loose you will meet Mr. Chairman and the self-proclaimed hardest man in hurling Noel as they try new ways to raise funds for their club.

Farmers Tom and Gerry are on a recruitment drive for more farmers with their hit single The Silage Song.
Over 12’s only Under 16’s accompanied. Tickets for all shows from €23 including booking fee from Ticketmaster outlets.
Be advised there will be a “big lad” on security checking for guns and hurleys - leave them at the door.