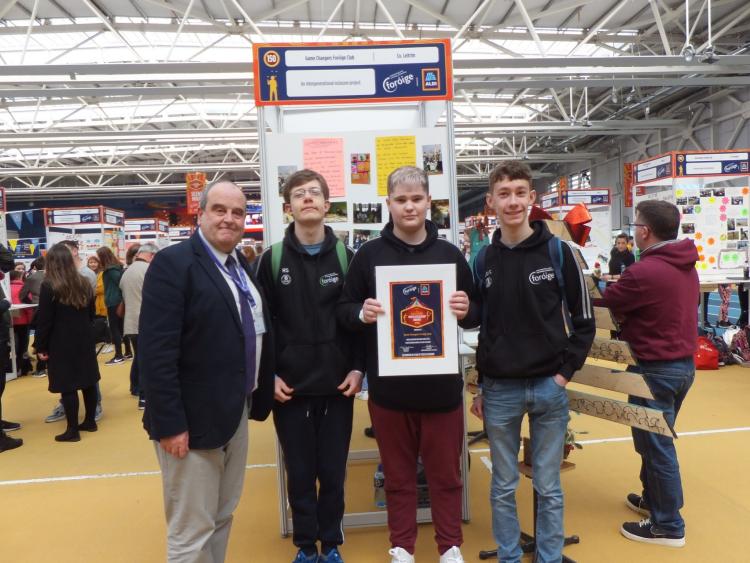 ‘The Positivity Pages’, from Carrick an Suir, Tipperary was named the overall national winner at the Aldi Foróige Youth Citizenship Awards. Their Citizenship Project, which started a monthly youth newspaper to spread positivity and awareness about minding your mental health was chosen from over 220 social action projects developed by young people to change their communities for the better.

This year is the fiftieth anniversary of the Youth Citizenship Programme, which was first run by Foróige in 1969. 2019 has been the biggest year for the programme ever, with over 14,000 young people taking part. 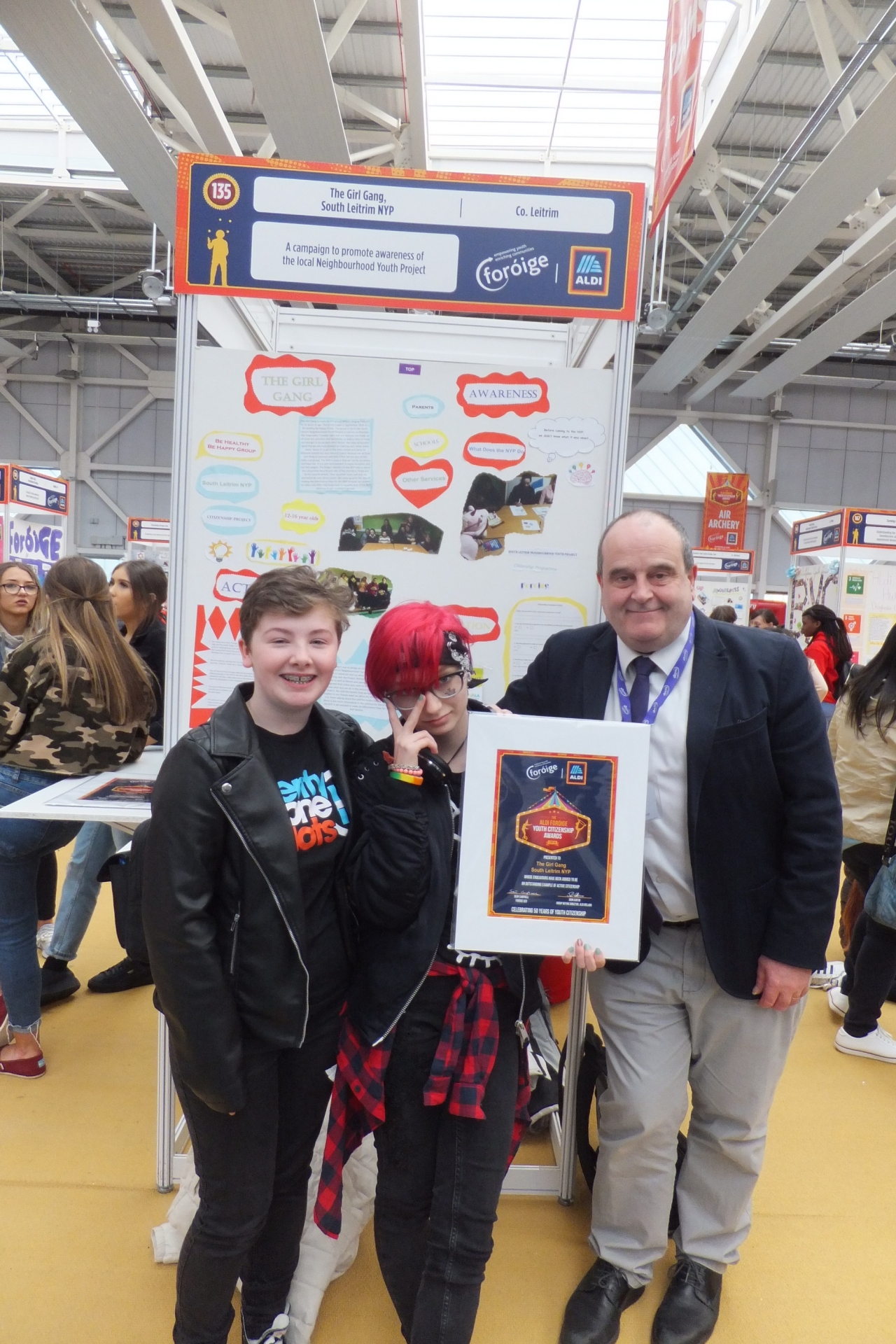 John Cahill of Foróige presents Julia Wolkowyska and Bethany Touhy from The Girl Gang, South Leitrim NYP in Co. Leitrim with a Certificate of Achievement at the Aldi Foróige Youth Citizenship Awards.

More than 2,000 young people, representing every county in the Republic of Ireland, descended on the National Sports Campus to celebrate and showcase their community action projects at the Awards. 220 youth groups took part, having worked on Citizenship Projects focused on improving the entrants’ local communities in areas such as equality, homelessness, climate change, social inclusion, community events, mental health and culture.

Commenting at the Awards, Seán Campbell, CEO of Foróige said: “There’s a reason this programme has lasted fifty years; it works. It gives young people the opportunity to grow and learn, but perhaps even more importantly to get to know their community by being a leader in it.

“Year after year, attending these awards, I’m amazed by the ingenuity; integrity and grit of Foróige young people. It’s truly phenomenal how much they can achieve when they put their minds to a cause. The young people who entered the Aldi Foróige Youth Citizenship Awards this year invested over 82,000 hours in their community action projects and that’s something that we should be really proud of as a country.

“We are deeply grateful to our sponsor Aldi, for not only making this work possible, but for believing in young people and in communities in a real and tangible way.” 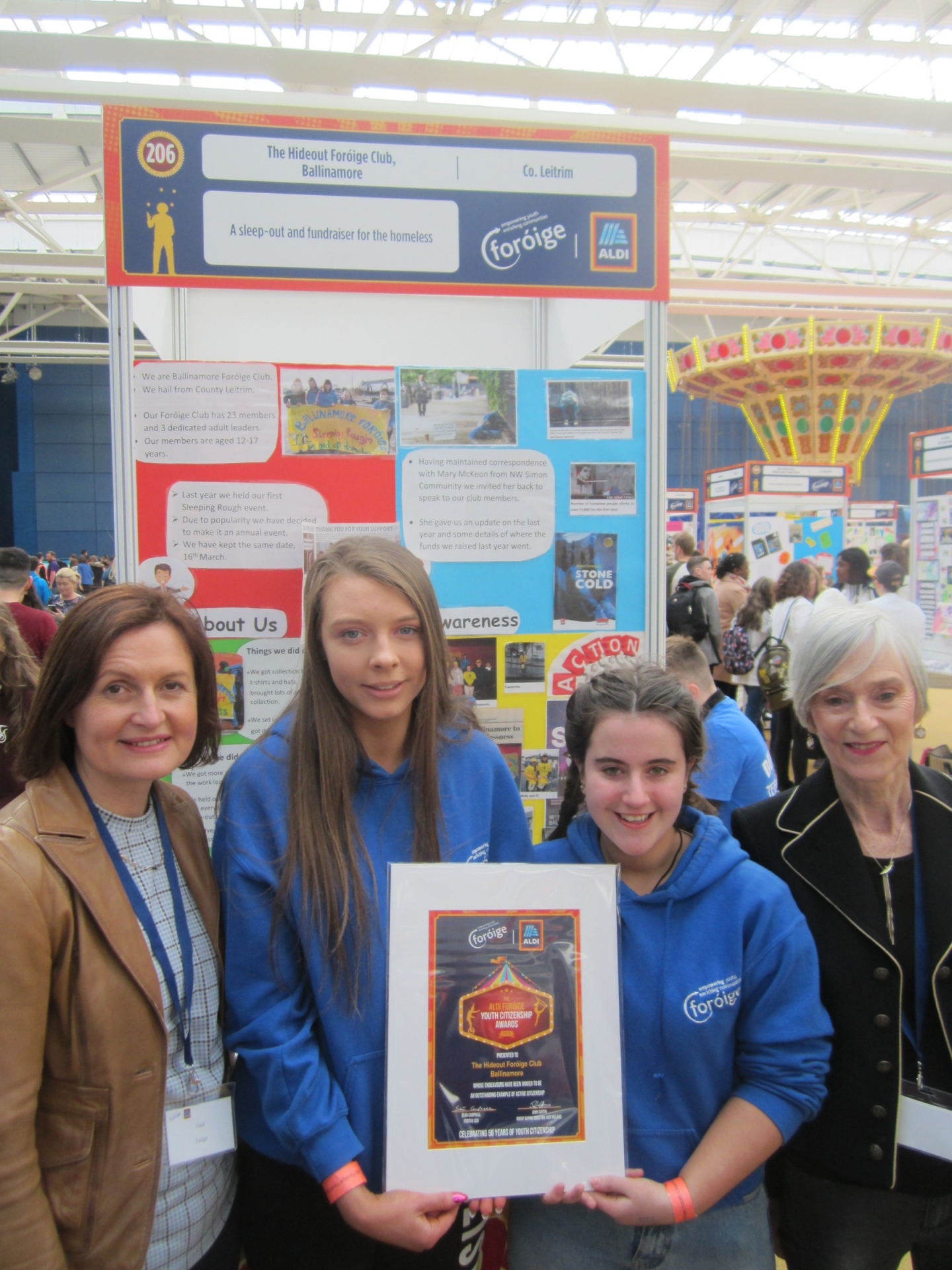 Gail O'Sullivan and Anne O'Donnell of Foróige present Siobhan Maguire and Molly Prior from The Hideout Foróige Club, Ballinamore in Co. Leitrim with a Certificate of Achievement at the Aldi Foróige Youth Citizenship Awards.

Mairéad McGuinness said, “the young people taking part in the Aldi Foróige Youth Citizenship Awards are truly inspiring. They are not only our hope for the future, but our hope for today. The projects that these young people have undertaken so passionately will form an invisible thread that will bind their communities together for many years to come, and I want to thank them, the volunteers that work with them, Foróige and Aldi for making this happen for all of us.”

This year was the fifth year Aldi has partnered with Foróige to support the Awards, and it’s the second year of an agreed a new three-year €900,000 partnership extension with the youth organisation. Over that time the programme has gone from strength to strength, with entries increasing by over 600% since 2014.

Commenting at the Awards, John Curtin, Group Buying Director with Aldi added: Aldi’s partnership with Foróige is one that we are very proud of. This is the 5th year we have been involved in the Youth Citizenship Awards and over that time the programme has gone from strength to strength, with the number of entries growing each year.

“Through their projects, the Foróige members raise awareness for homeliness and mental health, promote areas such as road safety and animal welfare and made the everyday lives of those in their communities better.

“It Is absolutely inspiring to see what young people can achieve when they work together and for the benefit of their communities.”