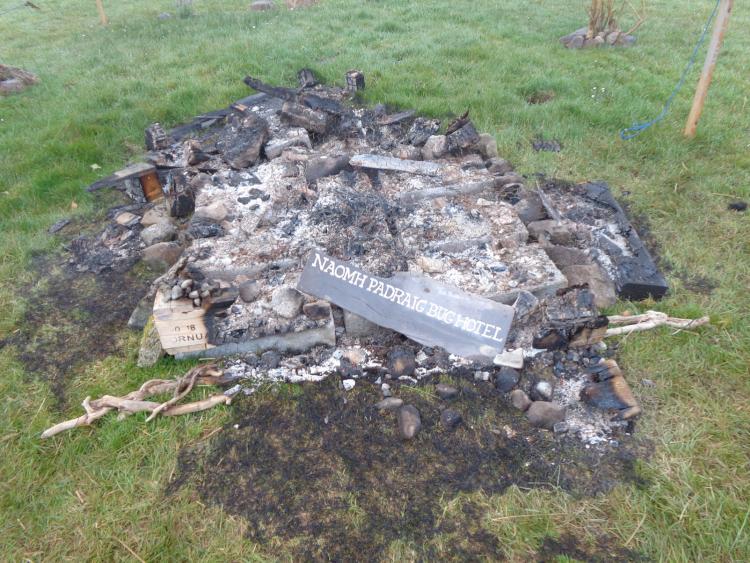 Vandals set fire to 'bug hotel' only days after it was completed.

Heartless vandals have destroyed an environmental project in Drumshanbo just days after members of the local residents association completed the work.

A large 'bug hotel' constructed by the resident's association as part of the 'Love Where You Live' competition was set on fire two days after it was completed in the Naomh Padraig housing estate. 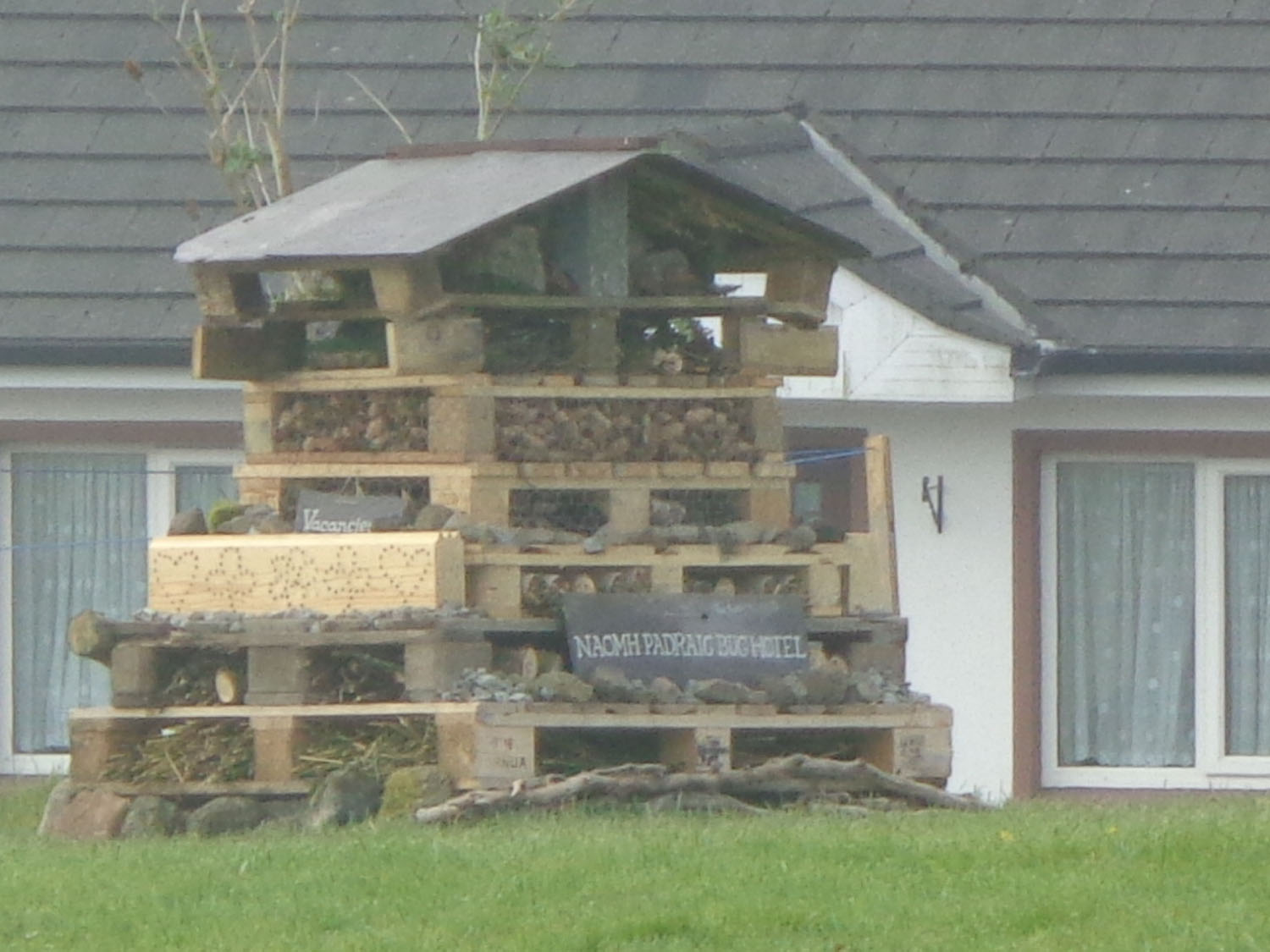 The completed 'bug hotel'. It took five days to construct.

The structure had taken pride of place on a green area in the estate. Work had begun on the project on April 12 and was finished five days later on April 17. However on Friday, April 19, vandals set fire to the structure.

The vandalism has been devastating for those involved in finished the work on the 'bug hotel' and it is hugely disappointing in the face of the competition that the resident's association had become involved in.

The incident has been reported to gardai and anyone who noticed any suspicious behaviour in the locality on the night in question, or anyone who may have information on those responsible for this criminal damage, should contact Carrick-on-Shannon gardai on (071) 9650510.

Information will be treated in the strictest confidence.