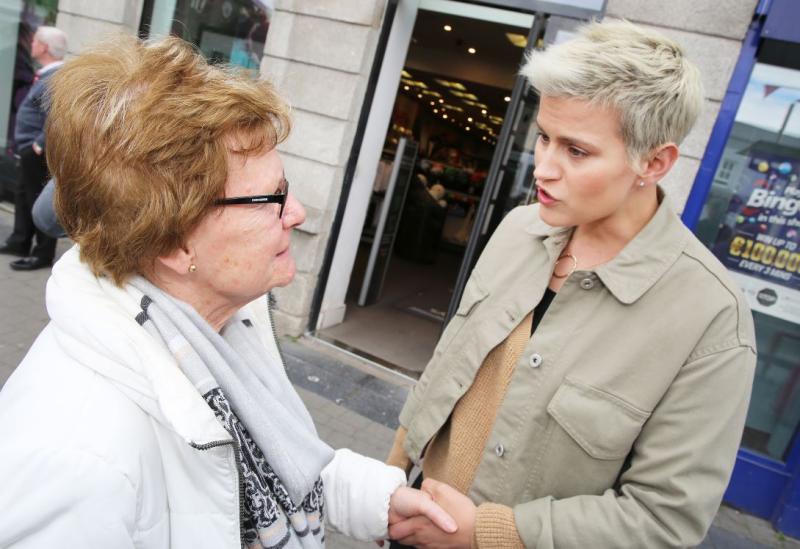 The former Rose of Tralee explained that the ad, which calls on users to ‘Read the facts’, leads to a 'homophobic' website with a URL address masquerading as a campaign page.

The ad was initially removed yesterday after Fine Gael contacted the social media giant about the issue.

However, an exact copy of the same ad has since reappeared and Facebook has taken the decision to allow the ad to remain on their platform.

Maria Walsh said: “The reason they removed the previous ad was because the ad account held by the individual in question was not verified and did not meet Facebook’s election advertising criteria.

“The ad account has since been verified (with the user providing information about their identity and adding a payment disclaimer) and Facebook have now said the ad does not break their community standards/rules.

“This is despite the ad claiming that the imitation website contains ‘facts’ which are completely untrue, homophobic and attempt to discredit and undermine my campaign.”

Maria continued: “It should be noted that Google took steps to remove a similar ad promoting the same website from their platform once the issue was brought to their attention.

“Facebook’s refusal to do same further exemplifies the fact that social media is completely unregulated.

“It also shows we must be extremely careful in how we consume content and news today.

“Beyond this example, what are the wider implications of this?

“What are the implications for election integrity? Surely anyone with an agenda can attempt to disrupt the democratic process now that this technique has come to light?

“In the era of “fake news”, this could have very serious implications.

“I am disappointed that Facebook are continuing to facilitate this.”