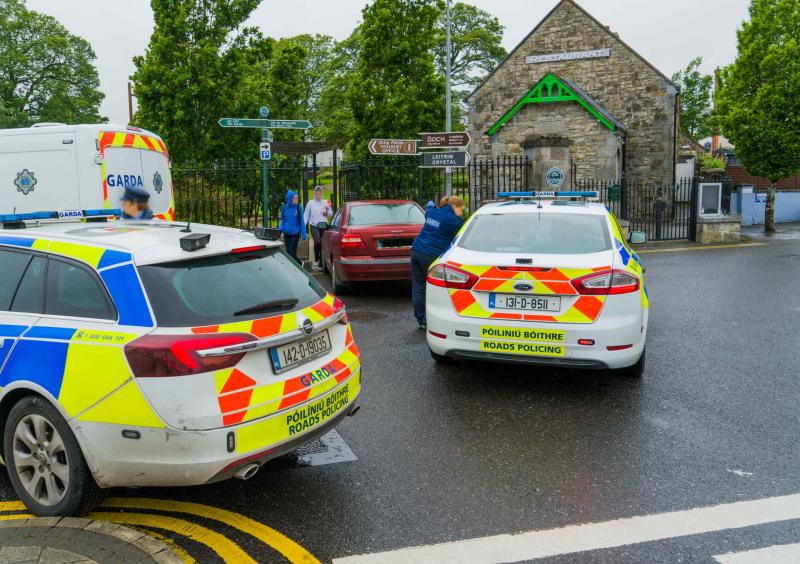 The three men were involved in a crash at Quay Road. Photo by Gerry Faughnan

Gardai in Carrick-on-Shannon are appealing for the public’s help as they search for three youths who fled the scene of an accident in the town this afternoon.  A helicopter is also assisting in the search.

The three were travelling in a maroon coloured Volvo when the crash happened at the entrance to the park at Quay Road at about 4.30 this afternoon.

The three fled the scene.

All three are described as being in early twenties.

One of the men has brown hair and is wearing a grey polo shirt with dark coloured trousers, another has a red and black shirt with a white stripe down the middle and has a tight haircut, while the third man is understood to around six foot tall and was wearing a black zip-top and green/grey trousers.

Gardai are also warning that they might try to access a different vehicle and are asking the public to be vigilant.

If you see any of the men or any suspicious activity please contact Carrick gardai on 071-96-50510 immediately.