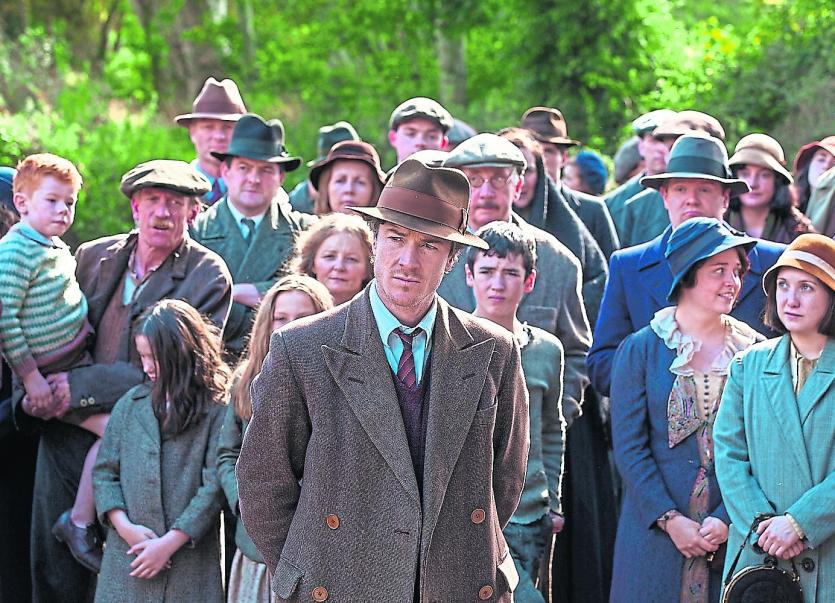 Jimmy Gralton’s return to Effrinagh on Bonfire Night June 23, 1921 heralded brighter times for the small rural community in the closing months of the War of Independence.

With their local hall burned down by the Black and Tans and unemployment rife, there was little for local youth to do, apart from emigrate, to become Leitrim’s greatest export.
Jimmy brought back cash from America and, with it and the help of locals, a community hall was built on his family farm at Effrinagh village. It went on to become the most popular dance hall in the district, as well as a venue for classes and meetings, greatly enraging the clergy whose authority it threatened.

The story of his subsequent cruel exile was documented in Ken Loach’s feature film on the subject - Jimmy’s Hall’and was also the subject of a highly popular musical play by the Abbey Theatre. 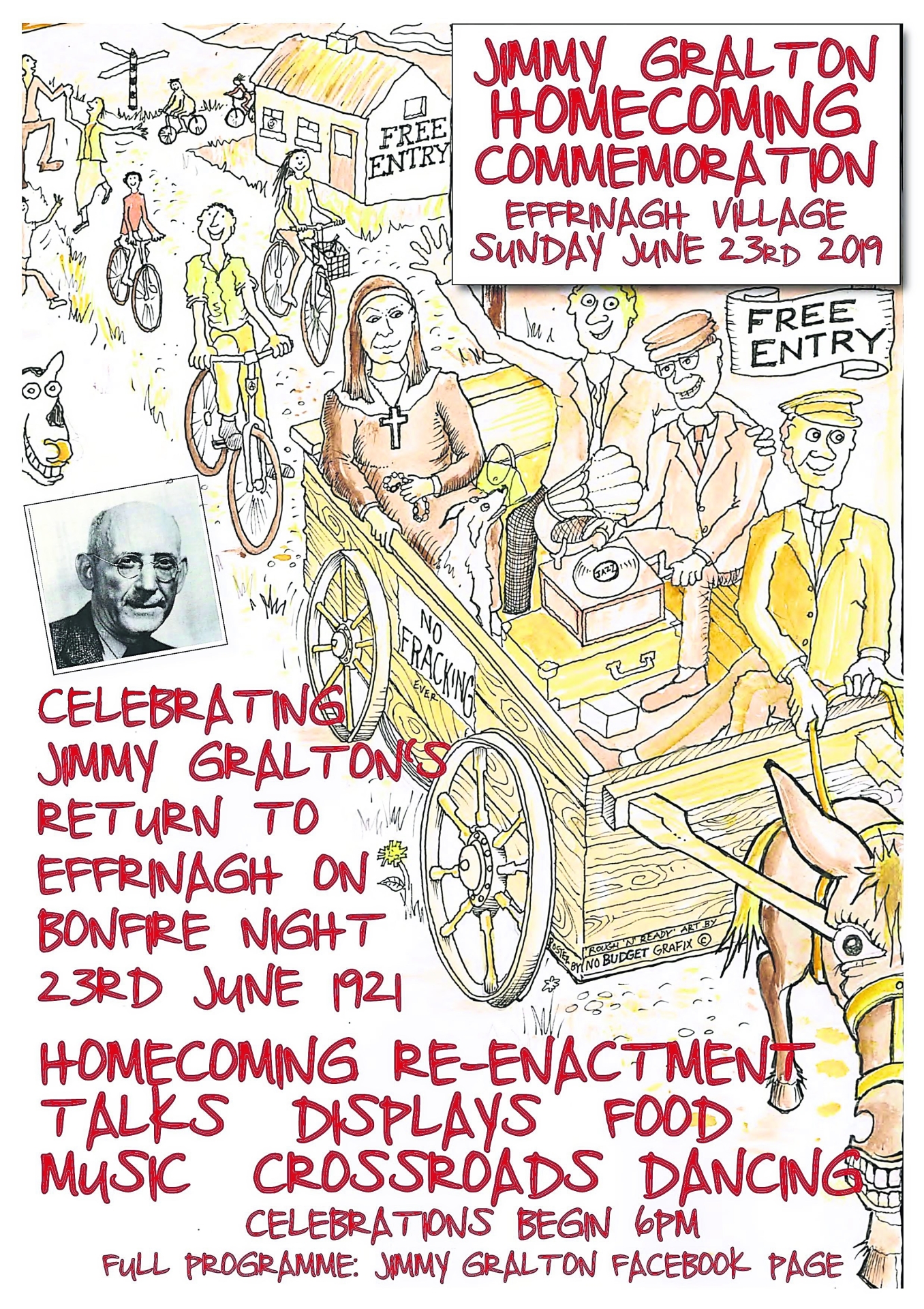 Loach’s 2014 film re-ignited Jimmy’s memory and also saw the revival of traditional crossroads dancing in the village. Leitrim dancer, Edwina Guckian, has been hosting these events every St John’s Eve/Bonfire Night, on June 23, ever since.
Jimmy Gralton was a champion for social justice and equality, part of a global push for freedom from the virtual slavery of working conditions of the times. Much was achieved and Jimmy was often said to be one hundred years ahead of his times. So what would Jimmy think of the state of his homeland today, almost one hundred years later? What scores for our society would he give?

Find out when Jimmy’s homecoming on Bonfire Night 1921 is re-enacted by actor Donal O’Kelly and others, on Sunday,June 23. Commemoration events start in Drumsna at 4pm, in association with the Leitrim Cycling Festival.
People, who are encouraged to dress up in vintage style, are invited to follow ‘Jimmy’s’ horse and cart, cycling together up to Effrinagh village at 5pm (a distance of some 5km).

On arrival, an official welcome will follow at 6.15pm in a marquee beside the Gralton memorial monument. People are encouraged to gather there by 6pm.
Several speakers will reflect on current affairs relevant to Jimmy’s ideals. The annual bonfire wil then be lit and so the dancing on the crossroads can begin, going from 7.30pm until late!

This a free event. You can bring a picnic meal along or there will be some food available to buy. Later in the evening, after 8.30pm, a separate music programme begins in McLoughlin’s bar across the road. Local songwriter Alanna Moore will be launching her new album of original songs (including some about life in Leitrim). White Swan Dreaming’is about homecoming, returning to one’s roots and delving into Ireland’s rich heritage, by an Australian child of the diaspora.
The evening will also feature contemporary music, with local musicians in rock bands Stampede and the Beauty Club performing. Other pop-up performances will add to the night and you might get to hear Jimmy’s favourite songs too. There will be displays exploring ideas for the adjacent Gralton family homestead and what might become of it.

But if you just want to dance, then dance the night away! Jimmy would approve of that.