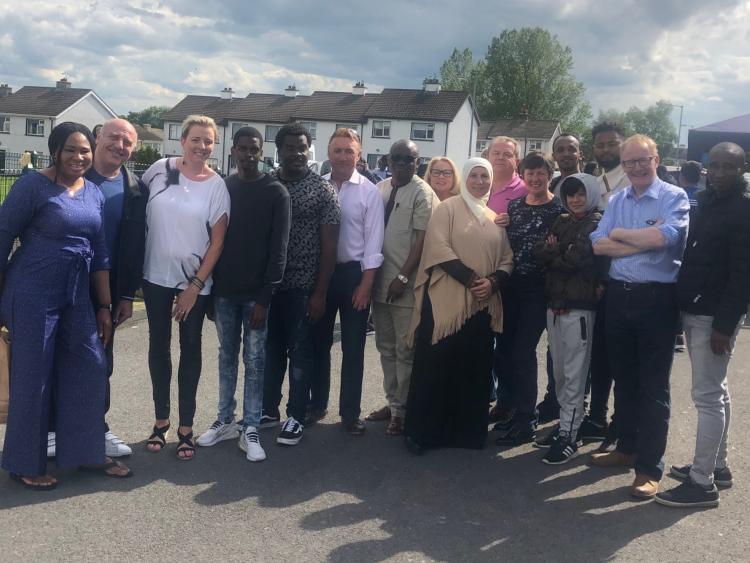 The Department of Justice has stated that emergency accommodation is contracted for six months but cannot state whether more refugees will be accommodated in Leitrim this year.

Following the swift arrival of over 30 asylum seekers to Carrick-on-Shannon for emergency temporary accommodation last week, questions have arisen over the possibility of more refugees being housed around the county this year.

Leitrim County Council told the paper it “has no role to play in relation to the emergency temporary accommodation centre in Carrick-on-Shannon. This is an arrangement between the owner of the property and the Department of Justice. The council did not receive any official communication from any government department or state agency in relation to this matter.”

Deputy Martin Kenny joined a discussion on direct provision centres last week at a Joint Oireachtas Committee in Dáil Eireann.
He asked why there was such secrecy over the move of refugees to Carrick-on-Shannon last week.
Oonagh Buckley, deputy secretary general of the Department of Justice said they know their communication must improve but added in relation to emergency accommodation “we are scrambling around trying to find places to put people.”

She confirmed the asylum seekers now in Carrick-on-Shannon had to be moved out of Hatch Hall in Dublin as it is closing down. She denied that information on the move was withheld from the community because of what happened in Rooskey and quoted “commercial sensitivities” as the main reason.
Deputy Kenny queried how long the emergency accommodation will be in place in Carrick and if extra accommodation can be added on.

Carol Baxter, assistant secretary of the Department of Justice stated: “We essentially contract for approximately six months but we can have shorter arrangements. We review them on a month-by-month basis but they are for a set number of rooms and people. We would not envisage that a centre would have lots of portakabins because the agreement is for a stipulated number of people.”

She also told him that fire certificates and safety procedures were checked and in order before the move.
Many of the men moved to Carrick were in work or full time education in Dublin, Deputy Kenny asked about their future education.

Ms Baxter said they are “in contact with the universities to see if they could support students with university accommodation and if there could be a shared programme as part of their universities of sanctuary programmes.”
It was also explained during the discussion that the department tries not to move families into emergency accommodation because it is short term. The refugees in Carrick-on-Shannon are all male.

The new refugees were welcomed to the county town at the International Cultural Day at the Breffni Centre last weekend.
The short term residents who come from a number of countries had a chance to meet locals and celebrate the large variety of cultures present in the county.