Blueway attracts over 100,000 visitors to Drumshanbo 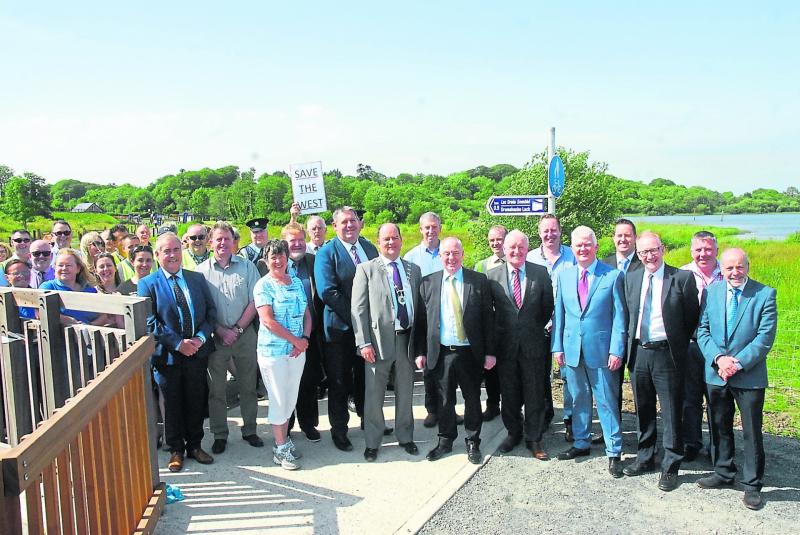 Minister for Rural and Community Development Michael Ring raised the roof in Lough Allen Hotel last Friday when he spoke about the revival of the West of Ireland.

Minister Ring was in Drumshanbo to open phase III of the Blueway which achieves full connection between the existing walkway and the current amenity hub on the banks of Lough Allen which contains Lough Allen Hotel, Lough Allen Enterprise Centre, Blueway Water Park and Moorland Equestrian Centre.

Minister Ring walked the new 1km stretched which links the town to Lough Allen along with a new car park at Blackrock and a road crossing. The third phase was granted funding of €340,000 from Minister Ring's department.
The minister said he was happy to have allocated a total of €955,000 under the Outdoor Recreation Infrastructure Scheme for three separate projects along the Shannon Erne Blueway. 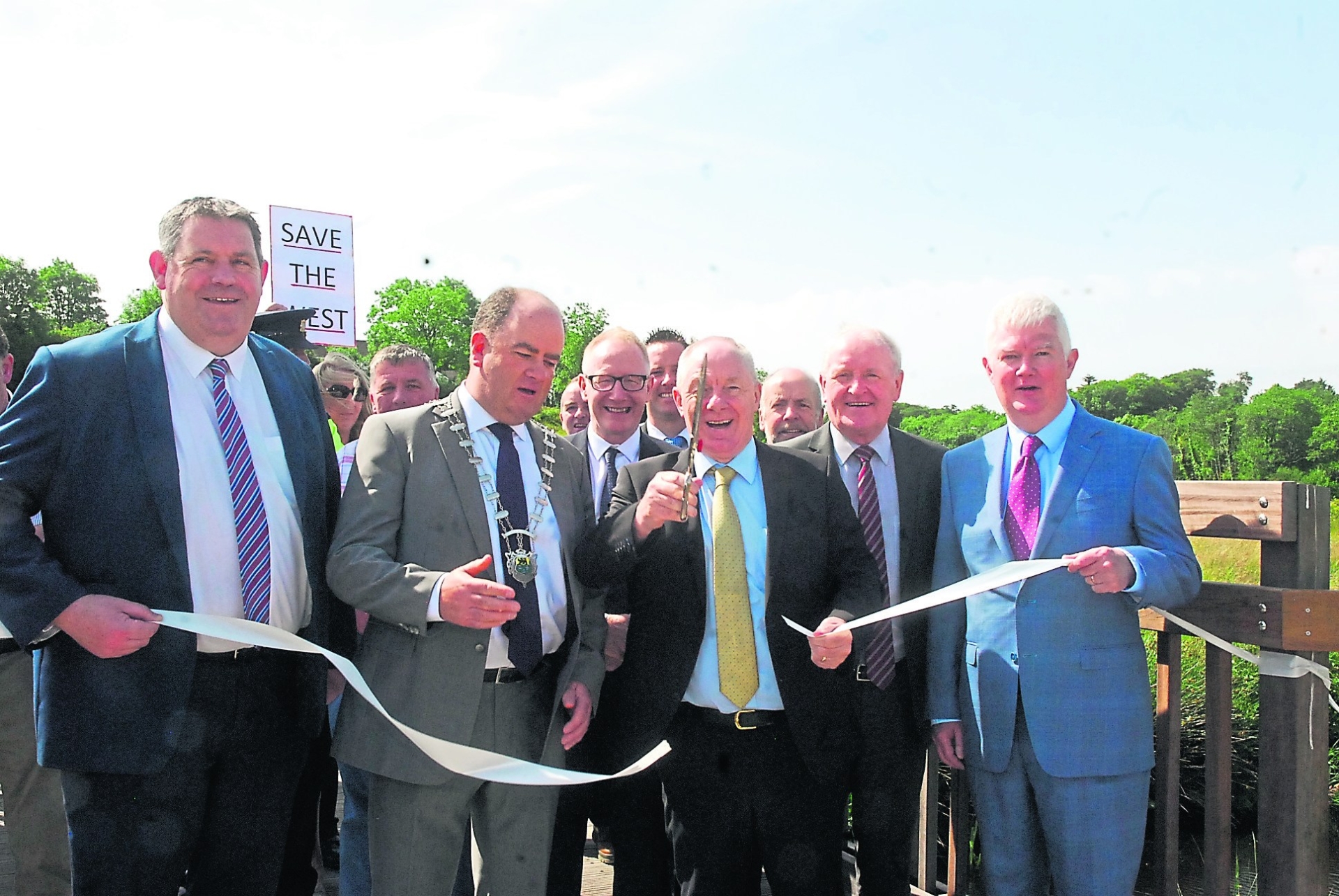 Minister Ring said “This will build on the success of Phases I and II of this project which were supported by my Department and which have brought 100,000 new visitors to this rural area, creating opportunities for business growth, new businesses and jobs.
“Phase III links a further four existing business to the Blueway and will be instrumental in increasing the time and money people spend in this area.
“This has been a wonderful collaborative effort between my Department, Waterways Ireland and Leitrim County Council.”
The Blueway has led to the establishment of eight water-based, recreational businesses, numerous support businesses and has attracted hundreds of thousands of visitors . In 2018 alone 100,000 visitors utilised the Blueway facilities at Acres Lake. “That number speaks for itself,” the minister commented.

Minister Michael Ring met tourists from New Zealand who said they like to “get off the beaten track” they promised to tell everyone back home about the welcome they received and the wonderful time they had in Leitrim.
Cathaoirleach Enda McGloin said he was delighted to officiate at this “good news day in Drumshanbo” he said he was very proud of the town and said with more funding and facilities Leitrim can “catch up to the likes of Kerry, Waterford and Wexford.”

CEO of Waterways Ireland John McDonagh said they are delighted with the success of the Blueway so far and are excited to develop more walkways and facilities.

Minister Ring said, “I have come through this town a few times recently, and I have never seen a town developed so well in the past few years.”
He complimented the work of the council for putting a “pulse back into Leitrim again.” He said “the natural beauty of this area cannot be bought.” 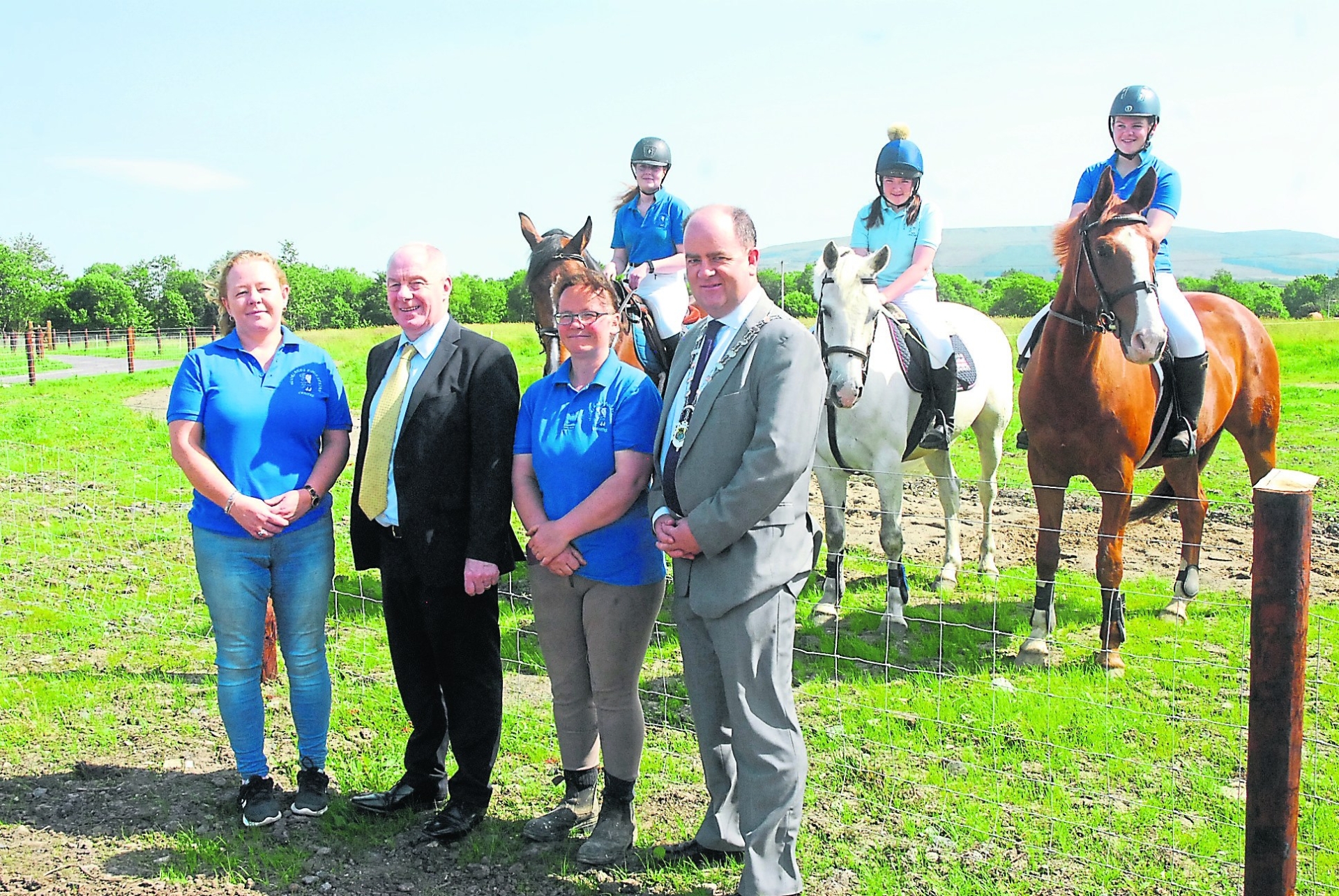 He paid tribute to the McManus family who took the risk in building a hotel here.
He said “there are more people working and living in rural Ireland here since the foundation of the state.”
He stated: “This Government has delivered, every town in Leitrim has benefited because of my department.”
He said he is proud of Leitrim and its people and promised more funding for good “shovel ready” projects.