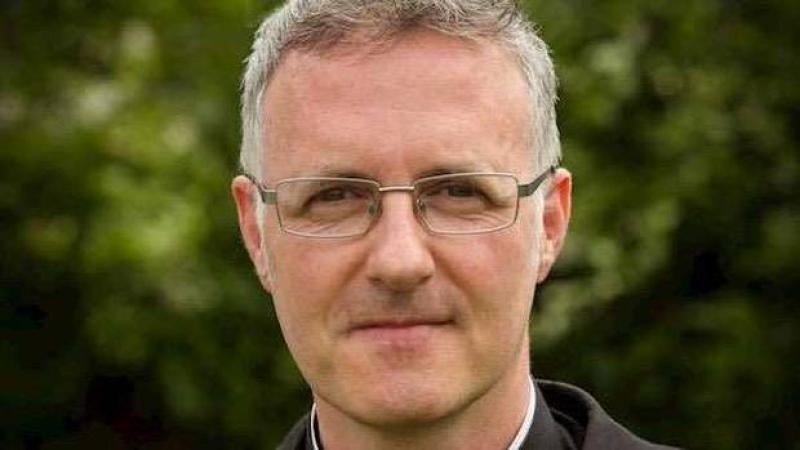 The Very Rev. Michael Duignan, Diocesan Secretary of the Diocese of Elphin has been appointed Bishop of Clonfert.

The Very Rev. Michael Duignan, Diocesan Secretary of the Diocese of Elphin has been appointed Bishop of Clonfert.

Dr. Michael Duignan is one of the youngest priests in the Diocese of Elphin and  has made an enormous contribution to the mission of the diocese, particularly in the area of education.

Since completing his doctoral studies in Rome in 2002, he has lectured in Theology at Saint Angela’s College, Sligo and has been an important formative influence in the lives of a whole generation of young teachers of Religious Education.
Father Michael also guided the process of establishing the Permanent Diaconate in the Diocese of Elphin, one of the first dioceses in Ireland in which the ministry was established in modern times.

In addition to serving as Chancellor and Diocesan Secretary, he also took on   the role of Episcopal Vicar for Education.
In exercising that role, he  travelled the length and breadth of the diocese, supporting teachers and Boards of Management in their mission of providing quality education in the spirit of the Gospel.
Since 2008, he has served as Chairperson of the Board of Management of the College of the Immaculate Conception, Summerhill, Sligo.

Father Michael grew up in Bealnamulla and had his primary education just down the road at Cloonakilla NS when it was a much smaller place than it is now.

Existing Bishop John Kirby welcomed the new appointment and said a lot has changed since his own appointment in 1988. He is happy Pope Francis  accepted his  resignation and that the diocese will continue to have its own identity and its own bishop.
Clonfert diocese is located in East Galway taking in a small part of  Roscommon and  Offaly.