Frustration over traffic delays in Leitrim 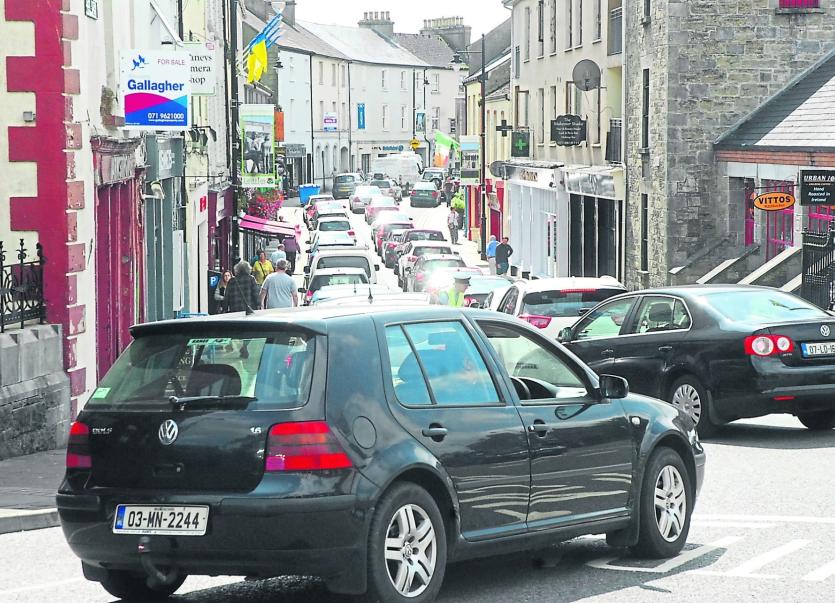 Have you been caught in the tailbacks?

People took to Facebook to vent their frustration over traffic delays arising from road works in Carrick-on-Shannon this week.
The road works started over a week ago, but until Monday, July 22, the work had been carried out overnight by the contractor. However work has now begun during the daytime between the bridge and the Dublin road roundabout.
On Monday lengthy tailbacks were reported, especially on the Roscommon side of the town. AA Roadwatch warned drivers about the heavy traffic coming into the town and said that gardaí were advising motorists to seek alternative routes around Carrick-on-Shannon.
The warning came too late for some however with one Facebook commentator observing: “Was nearly an hour on the Sligo side of carrick-on-shannon before I took detour though hillstreet and onto Rooskey. No proper signage highlighting the delays to incoming traffic and no alternative detour signed for traffic.”
Another unlucky motorist misjudged the extent of the roadworks noting: “Thought I'd be smart and left tesco, drove past mbna, then through town! Big mistake! Town gridlocked.”
The roadworks will be taking place on the N4 in Carrick-on-Shannon between the bridge and the Tesco roundabout until Friday, August 2.
Roadworks in this area will be underway between 5am until 4pm each day and traffic delays and motorists are advised that traffic delays will continue.