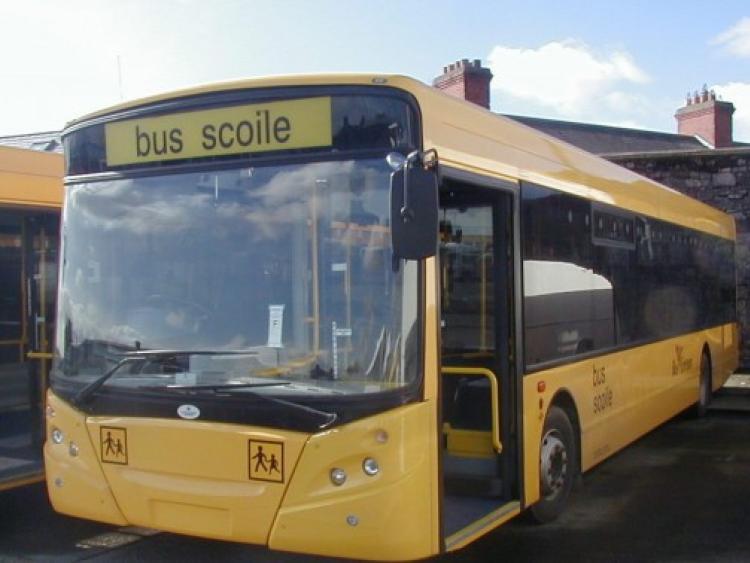 A heartbroken mother has said she is devastated that their son may need to leave the parish and the county to attend national school due to the “unfair” nearest school rule by Bus Eireann and the Department of Education.

Almost five-year-old Mark Waters from Fearglass, Gortletteragh has his school uniform, his bag packed, has registered for Gortletteragh GAA U7s and is excited to start school. But with less than two weeks to the first day of school, his family do not know where he will be commencing Junior Infants.

Orla and James Waters registered their son for Gortletteragh NS and applied for the school bus back in April. Just last week they were informed there is no room on the closest bus route for Mark.
The Waters live approx 7km from the school, the closest bus drop off is 500m away in front of Mark's grandparents' house. Both parents work full time and children cannot be dropped at school earlier than 9.20am.

Last week, Orla was informed that despite having paid for the bus ticket, they were refused a seat on the closest bus but sent a ticket for a bus to Gortletteragh NS with the drop off almost 4km away - that is the same distance to Ballinamuck NS in Co Longford, where they are eligible for school transport.

Orla works in Longford so she could drop Mark to Ballinamuck or Drumard schools in Longford on her way to work. But the family don't want their son to leave the parish and the county for education.
Orla told the paper, “We want him to play football for Gortletteragh to compete in Community Games, Scór and any other competitions for his parish.”
Mark has friends and neighbours in Gortletteragh NS, he has his school uniform and his Gortletteragh GAA jersey ready to wear.

Orla explained her husband James and his father are natives of the parish. The family had arranged for Mark's grandparents to put him on and take him off the bus, the new pupil is not five-years -old until September.
Orla has been informed they will not provide a bigger school bus on her route. Orla said sending her son to school is emotional enough, “I already felt guilty that I can’t do the drop off as I have to work, but now I am heartbroken.”

Orla said this has been a “kick in the teeth” for working parents living in rural Ireland, she said they want to be “part of the Gortletteragh community” but if they need to send Mark to Ballinamuck NS then he will likely opt to play and socialise with his friends there.
Orla and James also have a younger daughter who is due to start school next September.

Chairperson of Gortletteragh NS, Cllr Ita Reynolds Flynn said “It is extremely disappointing that Mark Waters is unable to attend his own parish school in Gortletteragh, because of an non common sense ruling, decided by the Department of Education and Bus Eireann.”
“Can common sense not prevail in this instance and a larger bus placed on the route adjacent to Mark's home?
“If this situation is not looked at favourably this year, in the years to come there will be social upheaval for many children and families. The school numbers will decrease and there may be loss of teaching staff.
“The community of Gortletteragh needs our school numbers and this in turn has a knock on effect on our local community groups, our local GAA club, to name but a few.” Cllr Flynn has asked for the decision to be overturned.

Responding to queries from this paper, Bus Eireann said the bus scheme caters for those 4.8km from their nearest education centre. Consessionary transport is granted if there is spare capacity.
They stated, “addional vehicles will not be introduced, nor will larger vehicles or extra trips using existing vehicles be provided to cater for children travelling on a concessionary basis.”