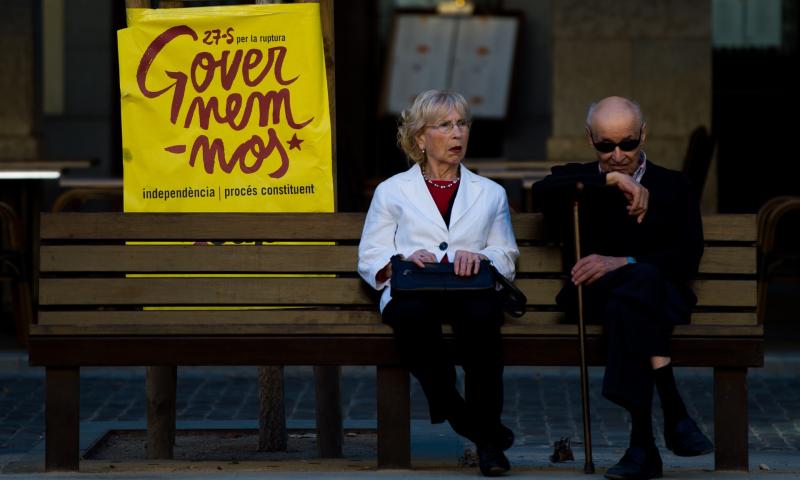 For nearly three decades they have quietly been building up a base of supporters, rallying citizens in several Spanish regions to back their anti-capitalist agenda. Now, as the world wonders what’s next for Catalonia’s secessionist movement, all eyes have landed on this small far-left, pro-independence party.

Popular Unity Candidacy (CUP) won 10 seats in Catalonia’s regional elections, meaning that if it partners with the nationalist coalition Junts pel Sí (Together for Yes), which won 62 seats, secessionists could take control of the 135-seat parliament.

On Monday, Junts pel Sí said it was ready to work with CUP, conscious that failure to do so could stall the secession project. But things aren’t so clear for CUP, said member Josep Manel Busqueta. Torn between its push for an independentCatalonia and worries about compromising its ideals, he cast doubt on whether the party would be able to find common ground with the nationalist coalition, which includes the centre-right Democratic Convergence. “We represent two very distinct social projects,” he told the Guardian.

Tough negotiations lie ahead for both camps, who hold contrasting views on everything from EU membership to economic policy. In the meantime, the question of whether secessionists will have an absolute majority in Catalonia’s parliament – and the future of their project – remains up in the air.

“For us, independence in the 21st century isn’t just about breaking off with the Spanish state,” Manel Busqueta said. It was also about a break with the policies of austerity, corruption and privatisation, he added. “We’re not going to sign up just to enable a continuation of the same policies.”

Dedicated to creating a Catalan republic that could make a clean break with Spain, walk away from the region’s debt and potentially the EU and eurozone, CUP has expanded as austerity measures have taken root in Spain, its growth fuelled by the same frustration that helped Syriza in Greece and, closer to home, Podemos. In May’s municipal elections, the party more than tripled its representation in Catalonia, from 101 to 372 councillors.

This week, CUP will begin a series of debates and assemblies to consult its base across Catalonia on its next steps. A virtually unknown political player outside of Spain until this week, Manel Busqueta said the party was both daunted and excited by the decisions it would have to make in the coming weeks. “This has opened up a space of hope … we want to use this to do our bit to challenge the capitalist model of the 21st century.”

A few red lines have already been drawn. The party said it would not support Artur Mas as leader of the new government, pointing to the Catalan president’s record on austerity and a string of corruption scandals that have plagued his Democratic Convergence party in recent years. “As we move towards political regeneration and the creation of a society that is more just and inclusive, we can’t consider making a president out of someone like that,” said Manel Busqueta.

As secessionists failed to gain a majority of the vote in the regional election (the Junts pel Sí and CUP combined share was 47.9%), the party has ruled out any possibility of a unilateral declaration of independence. CUP said it would also insist on a package of urgent aid measures to address those hurt most by austerity.

The growing support for CUP contrasted with the performance of the leftist coalition Catalunya Sí que es Pot, backed by Podemos and ICV, which won 11 seats in Sunday’s elections. Podemos’s leader, Pablo Iglesias, said the result was “highly disappointing”.

Analysts said it was difficult to extrapolate what the results mean for Spain’s upcoming general elections, due by the end of the year. “In the rest of Spain, there are practically no other political parties that threatens Podemos’s dominance on the left of the Socialist party, but in Catalonia there are other parties in that camp,” said Emilio Sáenz-Francés, a professor of history and international relations at Madrid’s Comillas Pontifical University.

The Catalan results suggest growing leftist sentiment, with the number of seats gained by far-left parties rising to 21, up from 16 in Catalonia’s 2012 election.