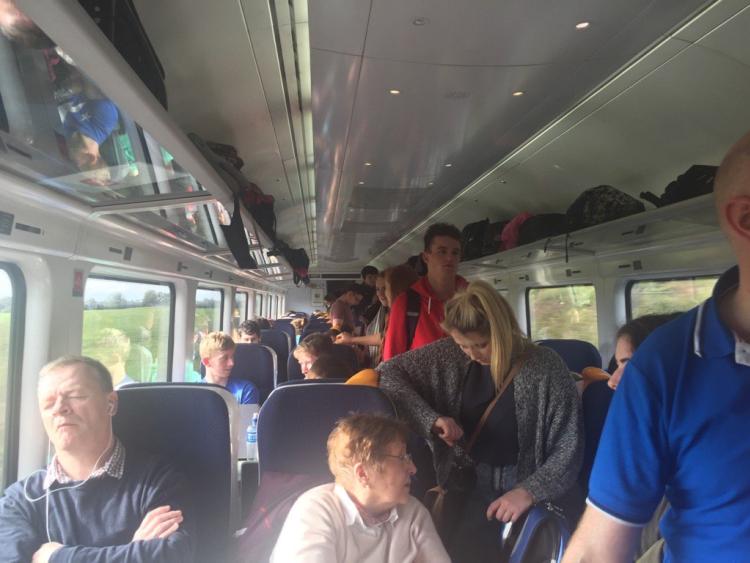 Fianna Fáil Spokesperson on Transport, Tourism and Sport Marc MacSharry TD has written to the Minister for Transport and the Competition and Consumer Protection Commission to express his concern over chronic overcrowding on board Irish Rail services.

Deputy MacSharry explained “Rail overcrowding is now at absolutely chronic levels, even at off-peak times. We heard of one Westport to Dublin service last week where passengers were left standing for more than two hours after the train quickly filled up.

“I commend anyone who leaves the car at home and travels using a sustainable mode of transport, and I firmly believe that these passengers deserve much better treatment than this. Many passengers take extra care to book their train tickets ahead of time because they need a seat for their journey, but on overpacked trains, they often can’t access the seat they have pre-booked.

“The Minister has been in his role for more than three years and yet he has failed to procure much-needed additional train carriages. He has been unable to provide adequate alternatives, and now Irish Rail cannot meet the demands being placed on its services.

“This overcrowding could be avoided if Minister Ross had not wasted more than a year tendering to refurbish 24 old carriages, which proved to be totally impractical. Now new carriages will not be delivered until 2023 at the earliest.

“The current situation is unsafe, and it is unfair to the travelling public. I have written to the Minister expressing my concerns over this and have asked him to outline what measures his Department will be taking in the short term. Furthermore, in light of the consumer protection issues at play here, I have written to the Competition and Consumer Protection Commission requesting an investigation into this matter”.