Comprehensive report into forestry in Leitrim: finds over 30% of local forest owners were not local residents 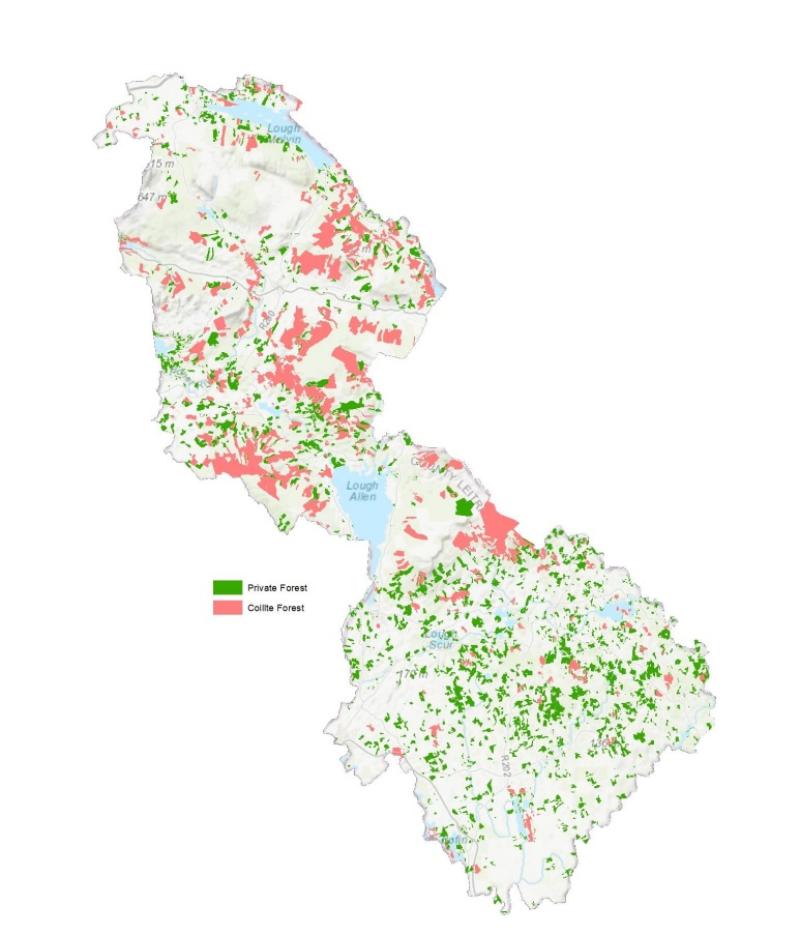 The long awaited study into the social and economic effects of forestry on Leitrim was published on Monday, September 2 by the Department of Agriculture.

The study led by Dr Áine Ní Dhubháin, U.C.D. in conjunction with the Bureau for Economic Theory and Applications, INRA, France found that just over 30% of the forest owners in Leitrim were not resident in the country.
However, half of the non-resident owners were from neighbouring counties.

The percentage of forest cover in Leitrim in 2017 was 18.9%. This is the highest percentage forest cover among all counties and is substantially higher than the national level of 11.0%.
Sitka spruce is the dominant species in the forests in the county, accounting for 61.3% of the total forest area. This is higher than the national figure of 51.0%. Native species account for 30.7% of the forest area in the county.
Just over two-thirds of owners of forests in Co. Leitrim had planted forests on their own land while 26% were investors (i.e. they bought land/forest purposely for investment).

The average total area planted per owner was 14.0 hectares. 75% of owners were farmers (full-time, part-time or retired).
From 2017 a total of 309 jobs were generated as a result of forestry activity and wood processing in Co. Leitrim.
An estimate of the direct economic activity associated with forestry and wood processing was a total of €26.5 million in 2017 in Co. Leitrim.
Agriculture has been defined as the sole significant pressure for two water sites, peat extraction at one and hydromorphology sediment/drainage issues from forestry the other.

Inspection rates for felling licences in Leitrim were lower than the average.
Since the Forestry Appeals Committee (FAC) was established in 2018, a total of 189 appeals have been submitted to it, 25% of these relate to Co. Leitrim.
Mark McAuley, Director of Forest Industries Ireland, welcomed the report: “The report contains balanced comment on the role of forestry in county Leitrim and points to the value that forestry has delivered to forest owners in the county. The large majority of these forest owners are farmers from Leitrim and surrounding counties. Over two-thirds of forest owners in County Leitrim have planted forests on their own land.
“There is no doubt that forestry creates jobs and delivers good returns to farmers. Leitrim’s forests are delivering an environmental as well as economic return - the total carbon stock in County Leitrim forests is estimated to be over 12 million tonnes.”