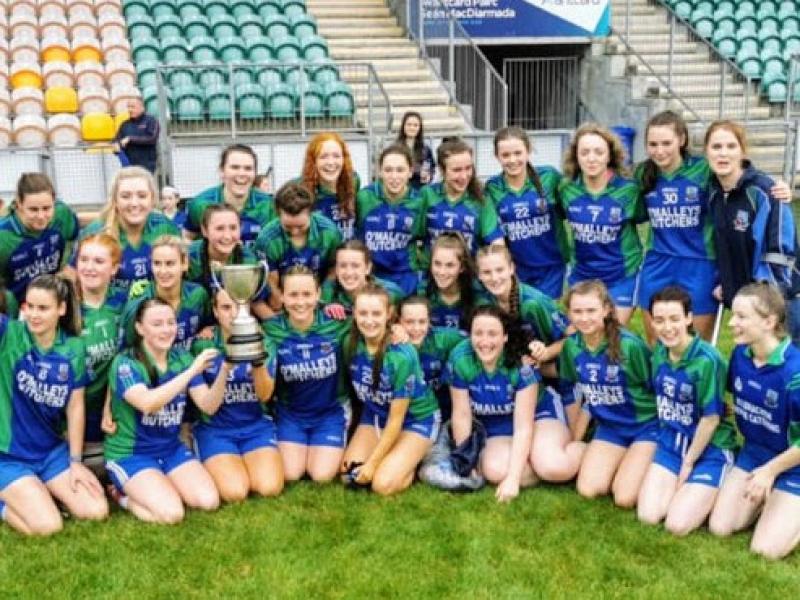 A kick of the ball was all that separated St Joseph's and Glencar/Manorhamilton in this afternoon's McCormack's Mace Leitrim Ladies Senior Championship Final and it was appropriate that the decisive goal was scored by the excellent Michelle Heslin.

It was a game in which both sides enjoying periods of dominance and finished with St Joseph's battling to survive the siege their goal was under.

The sides were level at 0-4 each, approaching half-time, when Heslin struck for the game's only goal, her shot dipping under the Glencar/Manorhamilton bar and into the net.

St Joseph's took a 1-5 to 0-4 lead into the interval but it was Glencar/Manorhamilton who started the second half the brighter, an excellent point from Ailbhe Clancy reducing the deficit.

St Joseph's hit back with another point from Michelle Heslin, before Glencar/Manorhamilton were dealt a blow when center-back Hannah Johnston was sent to the sin bin.

When the sin bin period was over St Joseph's had stretched their lead to 1-10 to 0-7 and went further clear when Bronagh O'Rourke finished a brilliant team move with a fine point.

However, Glencar/Manorhamilton refused to accept defeat and spent the closing seven minutes (and five additional minutes) on the attack.

Four unanswered points brought them right back in contention and there were goal chances that could have resulted in a different outcome as St Joseph's spent the closing stages reduced to 13 players after Aine Heslin and Grainne O'Malley were both yellow carded.

The St Joseph's defence was very well organised throughout and ultimately it was this solidity that brought them to victory as they claimed a third successive Leitrim Ladies Senior Championship.