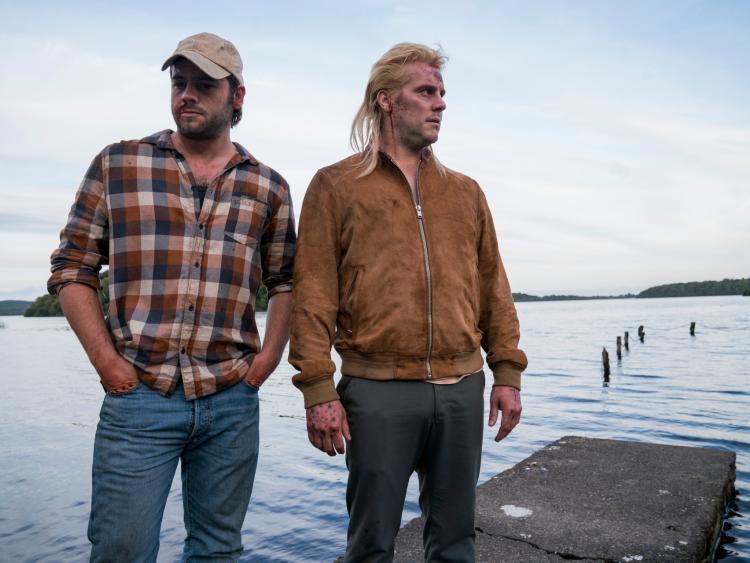 Dark Lies The Island premiered in Carrick Cineplex last week. The film created from stories by local author Kevin Barry and part filmed around Boyle and Lough Key was sold out and is expected to draw large Irish crowds this month.

The trailer and promos hinted this is a black comedy but you can expect a little more black than comedy. The tale is dark, twisted and yet somehow quite real.

The lines of comedy and colour dialogue are so very local, you hear the turn of phrases in your every day life - you mutter them yourself.

Boyle provides the visual background, it is perfectly suited to the story line, Lough Key is central and you can almost feel yourself being drawn into the lake's mystical aura as it waves on screen.

Pat Short, Tommy Tiernan and Charlie Murphy are captivating, they speak so local you think you might know them, might have seen them in the shop in Carrick-on-Shannon.

Kevin Barry said he wrote the piece looking out on Lough Arrow he said this region has a “weird and beautiful landscape.”

Barry told the audience afterwards in the Q&A, that he was happy to see the black wit translate from his pages onto the kmovie, de said they took on a whole new life. but he questioned will this film need subtitles for an international audience? And I agree, will people outside of the island understand the twisted English language of the north west? Will they get our strange humour?

Don't miss the chance to see this film on the big screen, to laugh at the characters and at yourself - because this film is based on us, it captures small town lives across Sligo, Leitrim, Cavan and Roscommon.

Kevin Barry revealed last night that he is currently working on "a top secret" project with Ian Fitzgibbons ... so stay tuned!