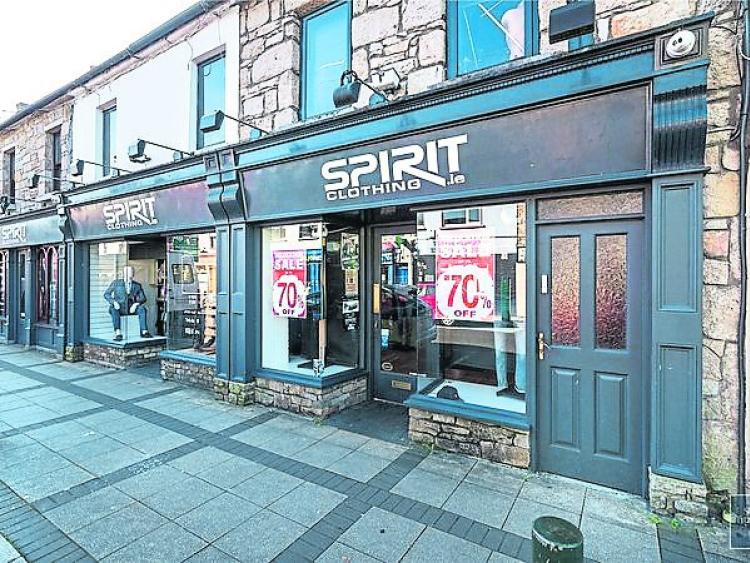 One of the biggest retail development for Longford town in recent times unfolds this week when friends and business partners, Joe Flynn and Peter Dolan, open the new look Spirit store on Main Street.
Local businessmen, Joe Flynn and Peter Dolan, have concluded one of the most significant property deals in recent times for Longford town and are poised to make the largest single retail investment in the town for many years.
The duo, who are life long friends, have purchased the former Dunnes Stores building on Main Street which has been idle for almost 15 years.
The intrepid duo launched Spirit menswear in the town in 1997 and now have four shops between Longford town and Roscommon and employ fifty people full and part-time.
In a €1m investment, they are moving their Spirit menswear store and the Spirit children's shop to the new 9,000sq ft premises on Main Street.
The new store is being tipped already as one of the country's leading retail outlets.
The move is set to be a major boost for Lower Main Street and the County Council's regeneration plans for that end of the town.
Ahead of the opening this week, Peter Dolan thanked the many who had assisted them in the move from Dublin Street.
“As a business we believe passionately in Longford. It has been a great base for us and we want to play our part in a revitalised Longford town,” he said.
The former Dunnes Stores premises opened in the 1970s and was a hugely popular store in the town before the business moved to the Dublin road.
Previously it would have been a licensed premises operated by a Matthew Farrell.