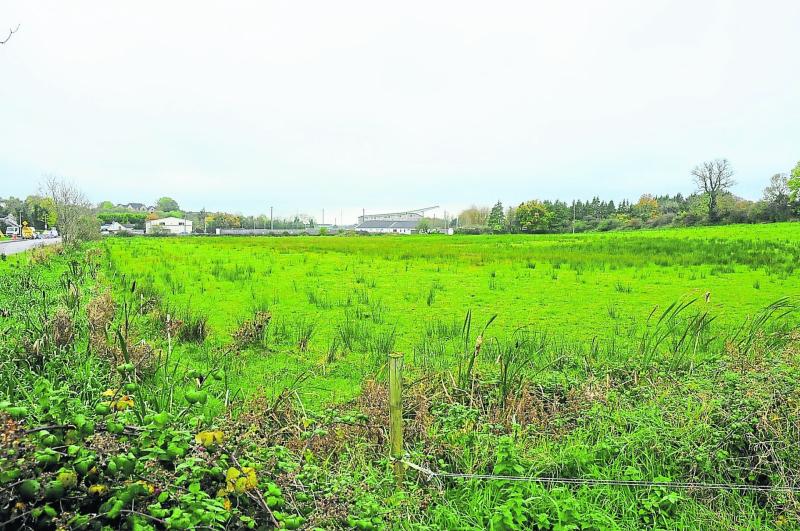 A view of the site for the porposed Regional Sports Campus on the Castlecarra Road, Carrick-on-Shannon. Picture: Willie Donnellan

Chief Executive of Leitrim County Council Lar Power has confirmed the news that Leitrim Council has purchased 13.8 hectares of land on the Castlecarra Road to deliver a new regional sports campus.

Mr Power said the contracts were signed last Friday, October 18. He noted this deal had taken “some time” to secure but said it is good news not just for Carrick-on-Shannon and Leitrim but for the entire region.

He outlined the campus will cater for GAA, rugby, soccer, athletics and many more.
Cllr Enda Stenson paid tribute to the hard work of the Leitrim Council Executive to secure this as well as the many sports groups who have been working on this for years. He said Mr Power took charge of this and succeeded and he hopes the council will work with the sporting organisations to push this project through.

Cllr Sean McGowan welcomed the “very positive news” and said he is delighted the new campus is situated closed to Pairc Sean and St Mary’s GAA. He said he looks forward to seeing it develop. Cllr Paddy Farrell said it is a facility that is “badly needed” and Cllr Des Guckian noted the great work of Carrick Athletics Club and said this news is a tribute to them.
Cllr Finola Armstrong- McGuire said this will be a regional sports campus and there is “no limit” to how many sports clubs will benefit.

It is understood that Leitrim County Council pushed through the contract signing last week to allow them to apply for funding from the Department of Tourism and Sport.