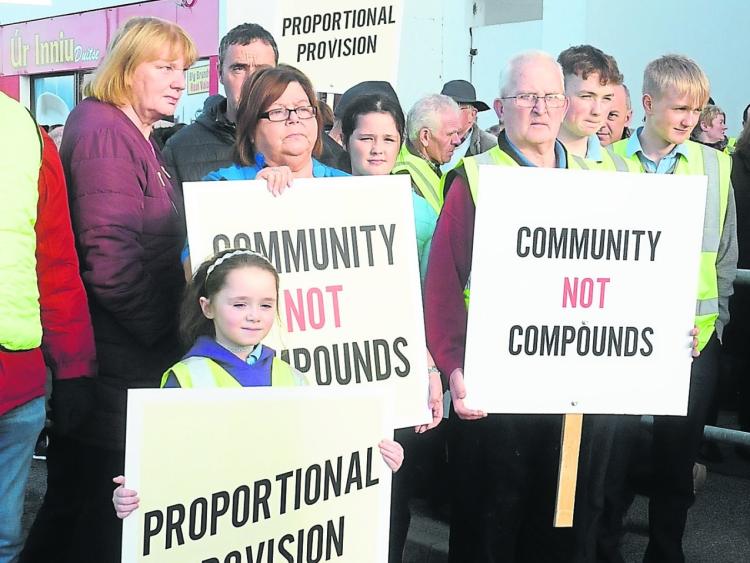 A group of six representatives of the Ballinamore Community Group are meeting with Minister David Stanton today, Tuesday, November 5.

The group met with the minister and department officials to seek an update on the government's plan to accommodate up to 130 asylum seekers in the Rock Quarter, which was paused last month.

Gordon Hughes, spokesperson for the Ballinamore Community Group, said the meeting got underway at 12.30pm, and they are still not available for comment.

Mr Hughes said the group brought an “alternative proposal” to the minister. They put forward the idea of accommodating asylum seeking families in different locations around the town which are “lying idle.”

He said having new families dispersed and living on different streets would help “to integrate them to the town.”
The local group firmly believe that placing 130 people in what they call a “compound” will result in segregation.
Up to 25 apartments have been refurbished and fitted out after months of work at The Rock Quarter. The apartments are situated on top of Tesco and Fresh Today.

A 24 hour peaceful protest is being held at the location with locals situated at the front, the back and the side of the large building.
Mr Hughes said they were hopeful the minister and department will look favourably on a new “pilot model.” He said the current direct provision model is being rejected around the country.

Alternative view
A new group Ballinamore Asylum Seeker Welcoming Committee is expected to be set up in the town this Friday night, November 8 in Ballinamore Library at 8pm.
Members from Ballaghaderreen's Welcome Group are expected to attend the meeting and offer up creative ideas and positive solutions to help welcome new people to the town.
Mr Hughes said the new group has not made contact with the community group but believes their views are the same. “We are welcoming, we just want to work out the numbers and find a solution to suit all.”

Also read: Significant arrest in the threat to life against Martin Kenny TD