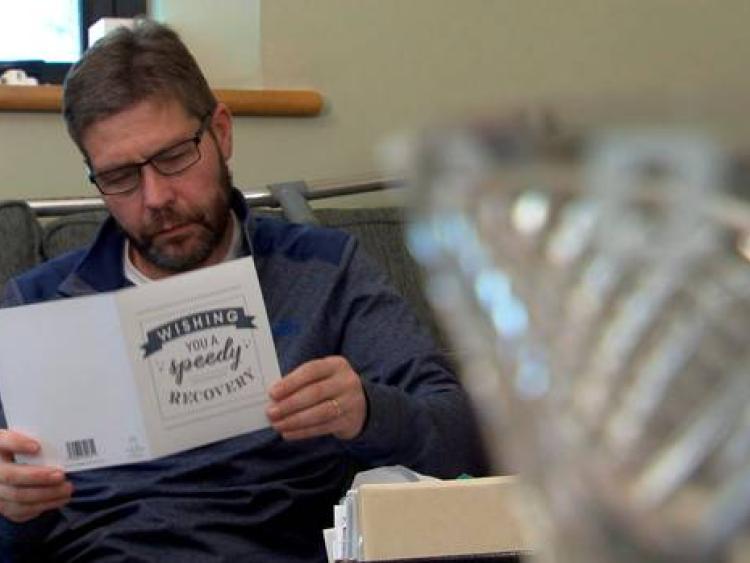 Kevin Lunney, a director of Quinn Industrial Holdings (QIH), told BBC Spotlight NI last night he had the letters QIH cut into his chest with a Stanley knife.

The victim conducted his first interview since the kidnapping and attack in September. The interview shocked and appalled those listening.

Lunney goes into detail about the cuts, hits, bleach poured on him and how his leg was broken in two places.

In an exclusive interview, Kevin Lunney, a senior executive in Quinn Industrial Holdings tells Jim Fitzpatrick about his ordeal following his abduction and torture by a gang in September.#SpotlightNI pic.twitter.com/ERHHsfmvRZ

The interview can be watched back on the BBC iplayer

The directors of Quinn Industrial Holdings held a meeting with the Garda Commissioner Drew Harris on Tuesday.

They said they had received assurances progress was being made in the investigation into Mr Lunney's abduction.

In this week's Leitrim Observer Director of QIH John McCartin from Newtowngore sais 850 jobs "hang in the balance" along with the safety of the directors.

“If Drew Harris cannot assure our safety then we don’t have a functioning state,” Mr McCartin said.
He pointed out that the “weight of responsibility is on us” to keep jobs at QIH, but if the directors cannot be assured of their safety then the businesses will close.

He reiterated that the US investors, who are worth billions of Euro, will not replace the directors if they leave.

“They have guaranteed that the businesses will close if we leave and they will not allow anyone else to muscle in,” stated Mr McCartin.

Outspoken McCartin said there will be serious questions about the “inaction” of local gardai in the border region over the past 4.5years and why concerns from QIH were not brought to higher level Gardai and to the Minister of Justice for consideration.

McCartin said they are “not looking for heads” but he believes that Gardai can not ensure their safety in the future before “addressing the in actions of the past.”

He added that since the Good Friday Agreement there has been a “power vacuum” along the border.
There has been an increase of PSNI activity and checkpoints north of the border recently which has not been reflected on this side, but McCartin said “Gardai do not need to stop people going the roads, they need to sit on those people suspected of criminal activity.”

He said QIH has stepped up security for their employees and the directors are taking more precautions on their travels. At the moment it is “business as usual” and he hopes that this will continue.