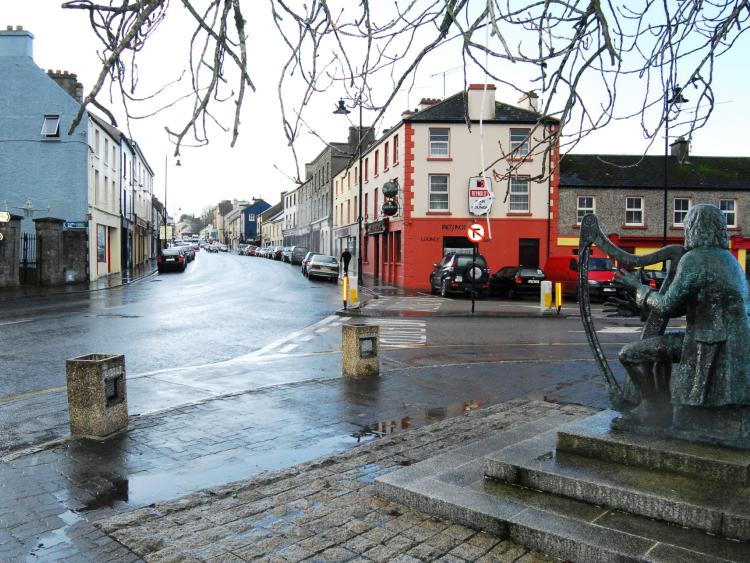 Leitrim County Council said they will employ a specialist cleaner to scrub the footpaths in Mohill town.

The issue of the build up of dirt on the brick footpaths was brought up by Cllr Thomas Mulligan at a recent Carrick Municipal meeting.
Cllr Mulligan proposed that Leitrim County Council consider the purchase of a motorised sweeping/ scrubbing machine for cleaning footpaths in our towns and villages.

He was informed that the council are currently purchasing a road sweeper for Carrick-on-Shannon. While the money is not in the budget at present, the council outlined that if they did purchase a sweeper it would allow the roads sweeping contractor more time to carry out road sweeping in other urban parts of the county.

Cllr Mulligan noted the build up on dirt on the footpaths in Mohill which he said are unsightly, he said they need to be properly cleaned at least once a year. He said a powerwasher cannot be used on the specific stone footpath.
The Fine Gael councillor received full support for his motion.

Senior Engineer Darragh O'Boyle said the council can contract a specialised cleaner to restore the footpaths and he will endeavour to organise a cleaner shortly.