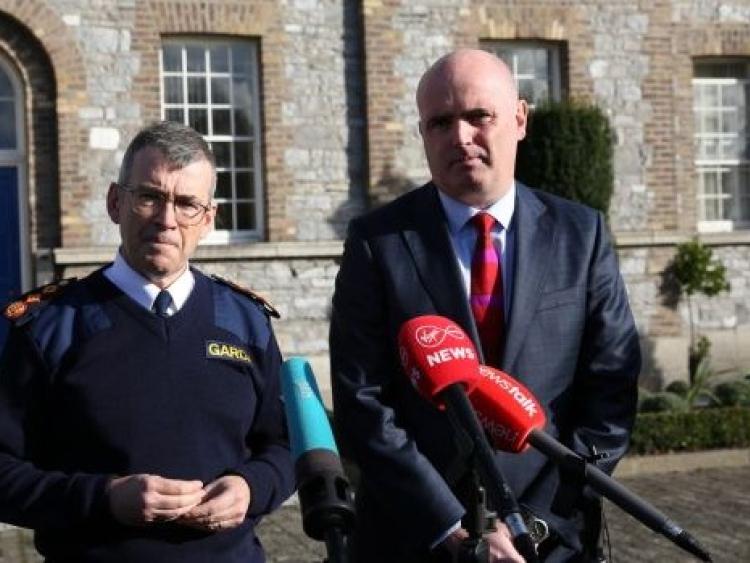 Gardai and the PSNI have confirmed the main suspect in the investigation into the abduction of Kevin Lunney has died, after police searched his home this morning in Derby.

The man is reported to by Cyril McGuinness known as 'Dublin Jimmy' who previously lived in Co Fermanagh.

Gardaí and the PSNI believe he was the main organiser behind the kidnapping and extremely violent attack on the Quinn Industrial Holdings executive. The man has been a target of the police on both sides of the border for years and has more than 50 previous convictions.

Read: Over 100 Gardai and PSNI search premises in Cavan, Fermanagh, Longford and Dublin as part of Kevin Lunney investigation

Mr Harris said the announcement and the searches happened today by "coincidence". When asked about the death of the man in England, he said: "That is our understanding, but that matter happened within a search in England and that is being pursued by the authorities there."

The new Joint Investigation Team will be overseen by EU law and order agency Eurojust.

It will allow officers on both sides of the order to investigate the attack on Mr Lunney and all attacks on QIH executives dating back to 2012.

Mr Harris described the agreement as an "important advance" and said gardaí were committed to keeping the people of Co Cavan safe. "These are well resourced investigations, they are proceeding, they are making progress," he said.

"These (attacks) have been obviously a subject of public concern lately and we want to be seen to act in a strong and robust way to show that there's no room for criminality anywhere on the island of Ireland and that as police services we are cooperating in the strongest fashion possible to bring the perpetrators to justice."

Asked if the joint investigation would be targeting the "paymaster" behind the intimidation campaign, Mr Hamilton urged "patience". He said today's searches represented "one phase" of the probe and there would be "other phases to come".

Mr Hamilton added: "We have made a significant effort to try to make sure the people of Fermanagh feel safe during this period and we are working very collaboratively on both sides of the border to do that.

"Hopefully it reinforces to the community and to the criminals that we are determined that they will have no hiding place on the island, north or south."

Minister for Justice and Equality, Charlie Flanagan welcomed the  establishment by An Garda Síochána and the PSNI of a Joint Investigation Team to address the attacks on Quinn Industrial Holdings and its management.