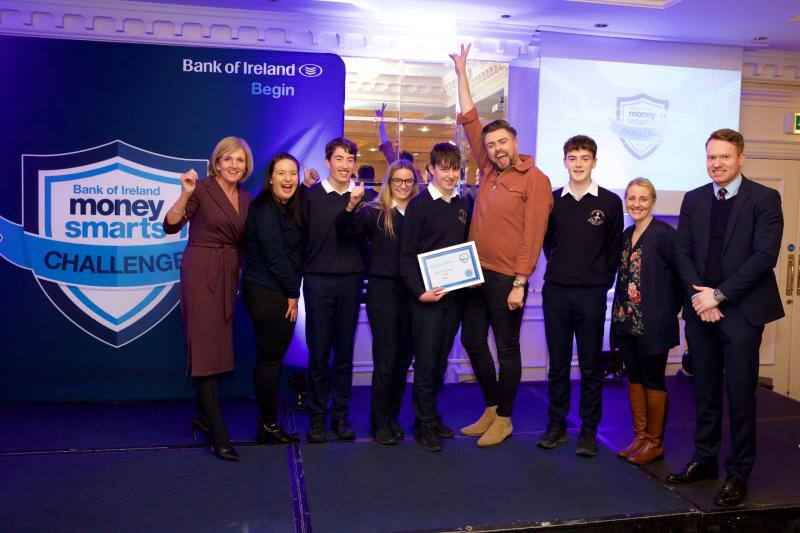 Teams will compete for a €25,000 top prize for their school Money Smarts Challenge is part of Bank of Ireland’s Financial Wellbeing Programme 13 November 2019.

Carrick-on-Shannon Community School emerged victorious from the North West final in the Bank of Ireland Money Smarts Challenge, held in The  Landmark Hotel on Tuesday, November 12.

A total of 210 students from 18 schools across counties Leitrim, Roscommon and Sligo took part in the final, comprising of eight rounds of money-related questions and puzzles, with Carrick-on-Shannon Community School taking the top prize and Summerhill College, Sligo as runners-up.

The two secondary school teams guaranteed their place in the Money Smarts Grand Final next April, and now have the chance to claim the top prize of €25,000 for their schools.

Secondary schools from across Ireland can enter up to three teams, and school principals and teachers can find out more about the competition and how to register by visiting boi.com/moneysmarts. Early registration is advised as places are limited.