Ballinamore protest stood down as per agreement with Minister Stanton 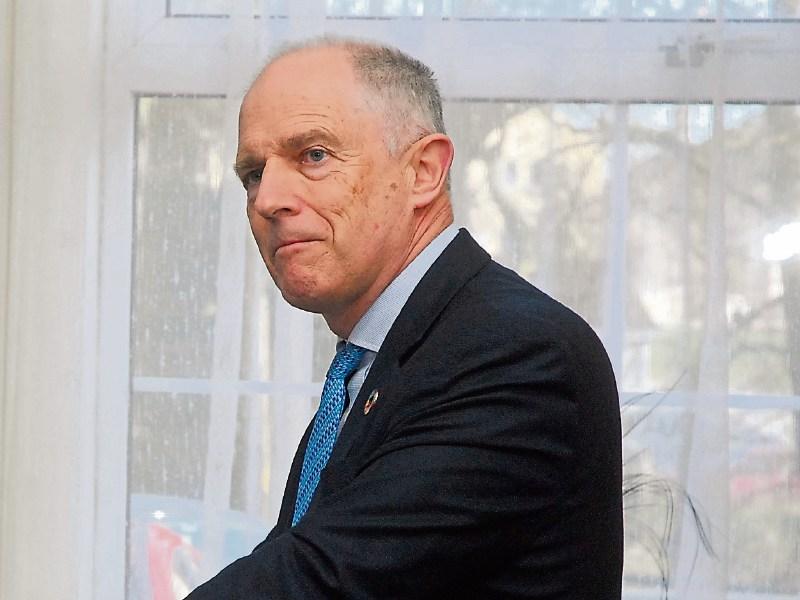 Minister of State for Equality, Immigration, and Integration

Ballinamore Community Group said they stood down their 24 hour silent demonstration late last Friday evening after written confirmation from Minister of State David Stanton that "to not do anything further in Ballinamore until further negotiations take place with our spokespersons."

Spokesperson for the group Gordon Hughes said at the time no members of the group had received any documents in relation to a High Court Injunction which was granted last Friday evening. Papers have since been received and those named are understood to part take in the High Court case this Wednesday afternoon, November 20.

Mr Hughes said while they had been in discussions with the minisiter and his officials, they had not receive a written commitment until "late friday night." The leaders of the group asked the protesters to stand down and they called a public meeting for Saturday evening.

Mr Hughes said over 200 people attended the meeting and they all agreed the right decision was to end the peaceful demonstration as per agreement with Minister of State David Stanton.

Mr Hughes said they have submitted a costed plan to the minister for consideration which would see asylum seeking families accommodated in different houses around the town. He said those plans are being looked at by officials.

Mr Hughes said they are happy that the government are engaging with the community.