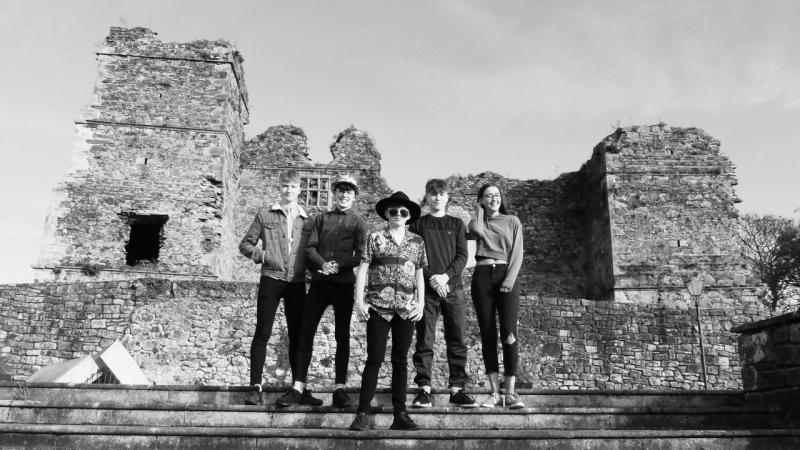 Grooveline are an exciting, up and coming, five piece teenage band from north Leitrim.

Coming from diverse musical backgrounds, the quintet apply their influences to make a dramatic and captivating sound.
Rock/Funk grooves and melodies fuse together with their significant energy and stage presence to create an exhilarating live show.

In 2018 they won a national song competition with their debut single Deis Dall and have played many gigs and festivals since, including Electric Picnic 2019.
They were nominated for Best Up and Coming Band of the Year at the 2019 NÓS awards and have their debut single playlisted on radio stations such as Radió na Gaeltachta and Radió Rí Rá.
Tickets adult €10/U18’s €5.

Also this weekend, The Whistle Blower: Out of Time tour performs in The Glens Centre on Saturday, January 11 at 8pm.
This riveting one-hour show will weave distinct strands: film, dialogue, live music and images to allow the audience to experience a four-year artistic response by Cormac Breatnach arising out of a single traumatic event which affected him from the age of 13 into his adulthood.

Breatnach’s brother – Osgur was one of three men wrongfully arrested, tortured and forced to incriminate himself for a crime he did not commit.
The Sallins Mail Train Robbery Case in 1978 was the longest running trial in the history of the State.

Cormac Breatnach will provide whistles and voice, Daire Bracken will be on fiddle and loops and Martin Toruish on accordian.
Bookings and more information on www.theglenscentre.com or call (071) 985 5833.