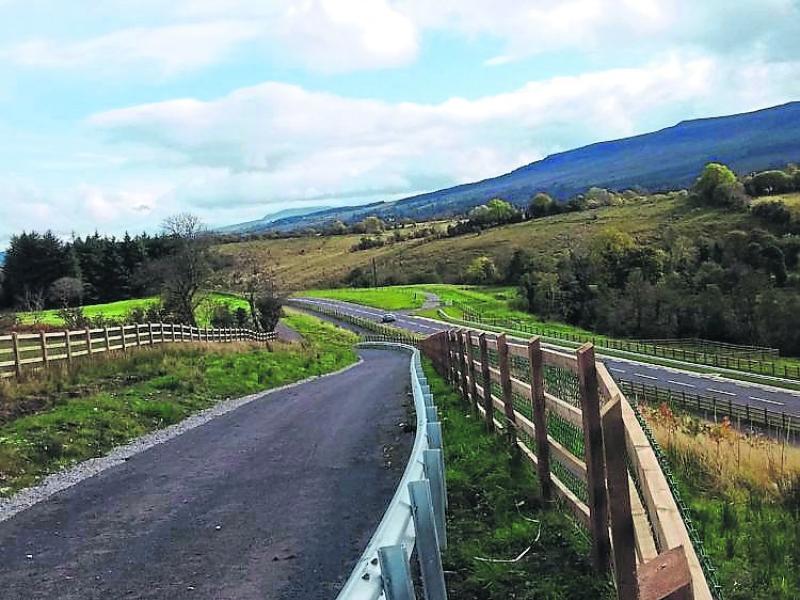 The greenway demonstration located adjacent to the N16 outside Glenfarne

The Irish government has outlined its commitment to the proposed Sligo/Enniskillen greenway in a document published by the Irish and British governments that outlines commitments from both parties in an attempt to end the impasse in Northern Ireland that has seen the Stormont government dissolved for the past three years.

The 'New Decade, New Approach' deal represents a fair and balanced basis upon which to restore the institutions. The commitments of each Government are attached as annexes for the information of the participants and the public. They are the respective responsibility of each Government, and no agreement is asked or required from the parties for those commitments.

In the section of the document that focuses on the Irish Government Commitments, areas such as Connectivity and infrastructure; Investment in the North-West and border communities; Research and Innovation; Strategic challenges, including Brexit and Climate Change; Language and Culture and Reconciliation are all discussed.

In relation to the proposed greenway from Sligo to Enniskillen the document outlined the Irish government's commitment to the project stating: "We believe there is enormous immediate potential for other projects, including Greenways in border areas, such as the Sligo-Enniskillen Greenway. We are ready to consider a further development funding application to be submitted in January and are committed to taking this project forward to deliver sustainable tourism and other enterprise benefits for the region."