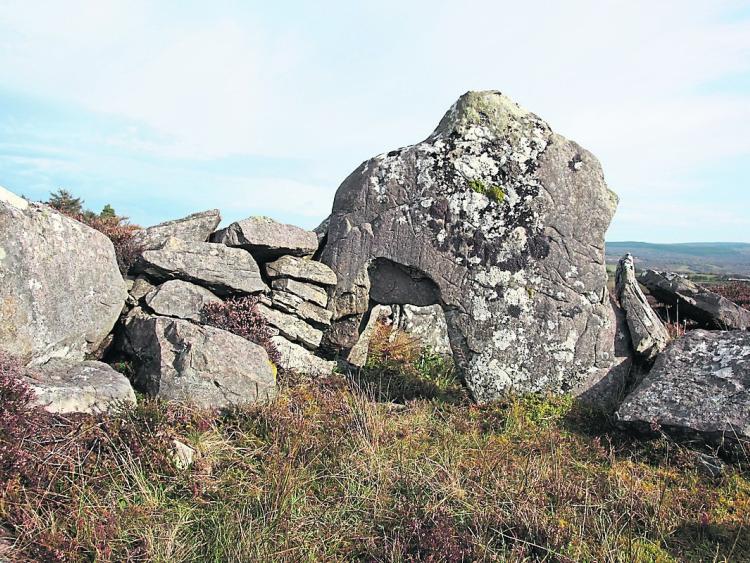 Do you love our local landscape? It's tombs, passage graves, ancient megalithic structures? Do you want to learn more about it?

This monthly series of talks, curated by Padraig Meehan, will offer insights into the archaeological history and the life history of both county Leitrim and the wider region.
In the first instalment we welcome Sam Moore an archaeologist with a keen interest in prehistory in general and Irish passage tombs specifically.

He lectures in archaeology at the Institute of Technology, Sligo and is completing a PhD at NUI Galway on the Carrowkeel/Keshcorran passage tomb complex in Co Sligo.
Sam has written or contributed to a considerable number of local history articles, books and guides. His main interest lies in the landscape and human interaction with it; and the biography or ‘life-history’ of monuments including how mythology and folklore plays a role in the mental landscape.
In the coming months The Dock will welcome a number of inspiring speakers to present on a range of topics related to our local history and cultures.
It is hoped that the series will be informative and that it sparks learning, discussion and debate.
The series kicks off with Sam Moore on Saturday, January 18 at 8pm.
Tickets €10/8 and bookings on www.thedock.com or call 071 9650828.

Visual Art
Cillín, an exhibition of new work by photographer Tommy Weir will open in the The Dock Arts Centre this Saturday, January 18 before moving on to Uillinn, West Cork Arts Centre in Skibbereen.
From the 7th Century, through the Middle Ages and continuing to the late 20th Century, unbaptised children were rarely buried in consecrated ground. Denied access to the graveyard, they were buried in cillíní instead. These remote places were aligned with boundaries in the landscape, on the edges of townlands, at the bottom of cliffs, along the coastline of the sea or the edges of lakes.

The locations are thresholds themselves, perched between two different spaces, and evoke a sense of looking back in time. Indeed, they are often sited within prehistoric sites, within ancient stone circles or by standing stones. These unofficial graveyards form a part of the Irish landscape, numbering several thousand across Ireland.
The babies were buried in the dark. The day the infant died, the father would take the body from the home and journey on their own to the cillín which could be some distance away. They would then bury the infant between nightfall and dawn. These are bleak places. The level of neglect, the erasure, all echo the exclusion from communal ritual. Such a hard place at the end of what must have been a dreadful day, it still was a site where a solitary man gave care to a newly dead infant, a ritual of a form in an ancient place.

Cillíní cover the Irish countryside. The documented sites are numerous in certain counties, for example Galway has 476, but Sligo lists merely 22. A good deal are undocumented and are only known locally.
Tommy Weir’s body of work forms both the outcome of a period of research and an evolution of his prior work which focused on death, landscape and the making of art.

Weir’s practice, partly performative, recreates the night time journeys these fathers made through the making of these images and opens up for discussion the
cultural and social structures which have enabled this very particular Irish phenomenon.