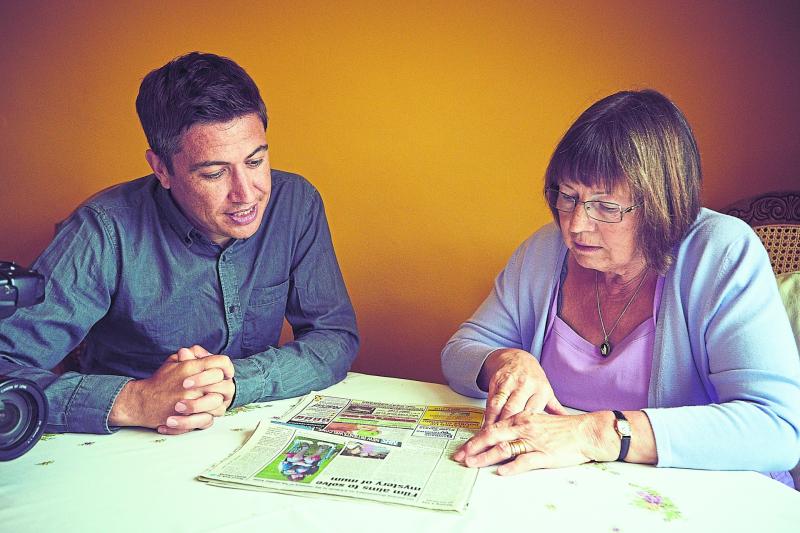 First Fortnight in partnership with IFI National presents Irene's Ghost in The Glens Centre, Manorhamilton on Thursday, January 16 at 8pm.

First Fortnight is a charity that challenges mental health prejudice through arts and cultural action. This film screening is part of the annual First Fortnight Festival.
Irene’s Ghost follows a son’s search to find out about the mother he never knew.
Iain was 3-years-old when his mother Irene died. His Dad never spoke about it, and the family silence around Irene meant that she was alive only in Iain’s imagination.

Later in life, the birth of his own child inspires a journey to discover the truth about Irene, piecing together fragments of the past to uncover a long held family secret. Using animation mixed with filmed footage, Irene’s Ghost explores memory and mental health to movingly rebuild a lost life. Tickets are just €5, bookings on (071) 9855833
www.theglenscentre.com

Also read: Countdown to Wild rose Festival on the shores of Lough Gill