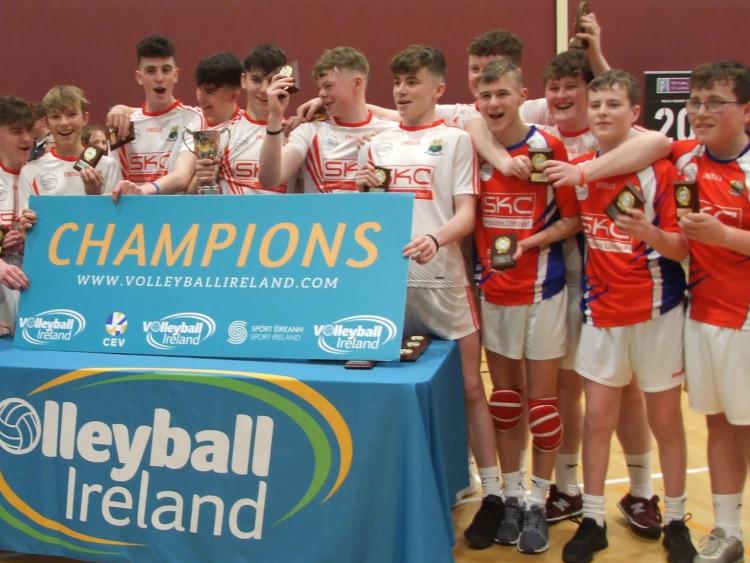 The Drumshanbo Vocational School volleyballers are celebrating once again after they claimed the National Cadette A title yesterday when they defeated near neighbours, Elphin.

It is something of a golden period for volleyball in the Drumshanbo school with yesterday's triumph their fifth A title in four years.

It proved to be a hard fought encounter with Drumshanbo edging the opening set on a 25-21 scoreline.

The start to the second set proved to be equally competitive with the sides level at 4-4 before Drumshanbo pulled away to claim the set on a 25-12 scoreline and ultimately the national title.

See next week's Leitrim Observer for a full report from Drumshanbo's victory.