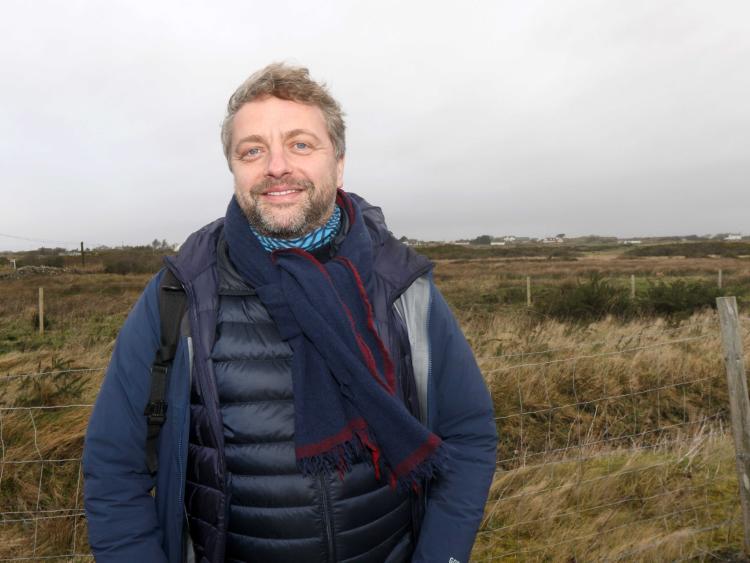 Journalist and photographer Sébastien Desurmont in Leitrim for an article for Géo,

A journalist from a popular French travel magazine called Géo has been exploring Leitrim and Ireland this week – as a guest of Tourism Ireland and Fáilte Ireland.

Journalist and photographer Sébastien Desurmont is here to research an article for Géo, a monthly magazine with around 4.3 million readers, or potential French holidaymakers for Ireland. His busy itinerary included a visit to the Shannon Blueway and the Glencar Waterfall. He enjoyed lunch at The Oarsman in Carrick-on-Shannon and stayed at McGuire’s Cottages in Drumshanbo.

“Tourism Ireland was delighted to invite a journalist from Géo magazine to visit Leitrim and Ireland’s Hidden Heartlands this week,” said Monica MacLaverty, Tourism Ireland’s Manager Southern Europe. “His article and photos will be seen and read by around 4.3 million French travellers – inspiring them to come and discover Leitrim for themselves.”

Monica MacLaverty continued: “France is one of the top four markets for tourism to the island of Ireland. Tourism Ireland will roll out an extensive and targeted programme of promotional activity again in 2020, to continue to grow French visitor numbers and, in particular, to encourage more of them to come and explore our regions and less-visited attractions during the off-peak season.