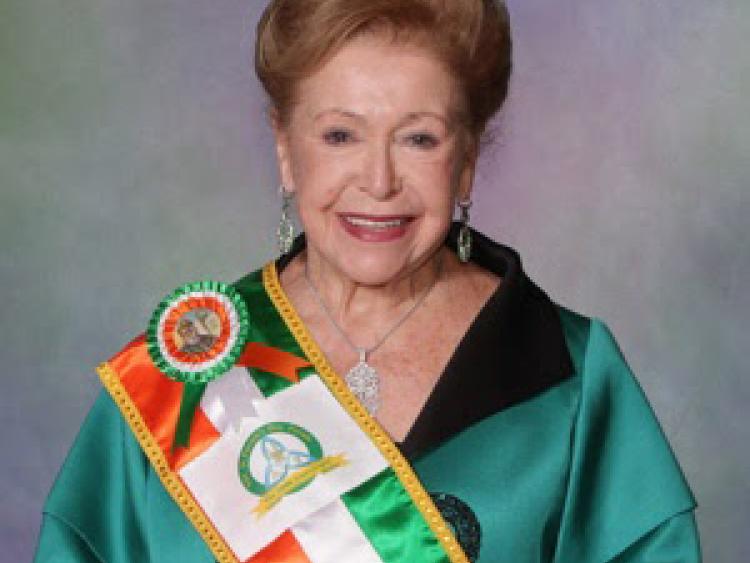 The New York City St. Patrick's Day Parade has said the Iriah- American community are in mourning after the death of Mary Higgins Clark. The award winning suspense novelist and 2011 Parade Grand Marshal has died at age 92.

Mary was no overnight success; the writer was 43 when she had her first hit, the 1975 novel “Where Are the Children?” Since then the New York Times bestselling author has written more than 50 books, from mysteries and historical novels to short stories, children books and a memoir.

In a statement from Hillary Berine, Chair of the New York City St. Patrick's Day Foundation and Chief Administrator of the St Patrick's Day Parade and originally from Oatlands, Boyle, Co Roscommon said: "The Irish community in America mourns the loss of the Grand Marshal of the 250th St. Patrick's Day Parade, Mary Higgins Clark. Her contributions to literary culture cannot be understated, in addition to her dedication to the Irish-American community. We grieve as one, today. While we know that she is no longer with us, we have faith that her legacy will carry on far beyond her 92 years on this earth. We extend our thoughts and prayers to her children, and all who were near and dear to her as they cope with this tragic loss."

"Mary Higgins Clark was one of the most gracious ladies I've ever had the pleasure to know. We will miss her!" Beirne added.

"Mary Higgins Clark has been a staple in the Irish-American community for the last nine decades and has made a tremendous impact on American and Irish culture. We will forever remember her for her literary excellence, but also for her dedication to the faith and pride in our heritage. An author's words transcend generations, and we are confident that they will continue to intrigue readers and inspire those of the Irish-American community for years to come. All Irish-Americans mourn her loss today," said Sean Lane, Chairman of Board of Directors of the New York City St. Patrick's Day Parade.

The 2020 Parade is on Tuesday March 17, starting at 11 am. As usual, It begins at 44th Street, then proceeds to 79th street on 5th Ave. in Manhattan. The broadcast is webcast live via the internet through the Parade’s web site at NYCStPatricksParade.Org and WNBC Channel Four web site at www.wnbc.com