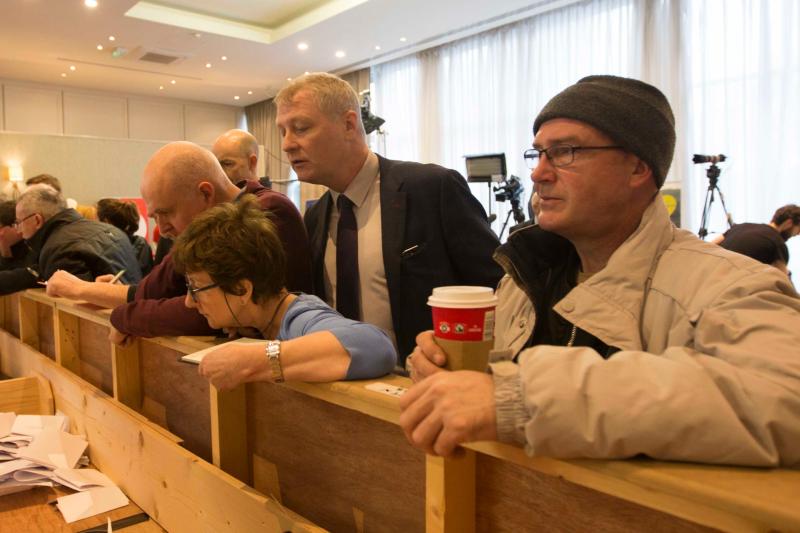 Sinn Fein Martin Kenny will top the poll in Leitrim according to the latest tallies.

To the delight of his family and campaign team Kenny achieved a massive vote of 14,988. He took 25% of the total votes.

In some areas of Leitrim he took between 40 - 50% of the vote such as Aughavas 53%; in both booths in Carrigallen garnering 46% and 48% respectively and in Cornageeha 47%.

It is expected that Kenny will be elected on the first count based on the probability that he is over the quota.

The following are also the tally figures for the complete constituency of Sligo-Leitrim-North Roscommon-South Donegal.

15 boxes have now been tallied and the official counting begins.