TONIGHT: Don't miss the fabulous line-up for the final Leitrim's Health is Wealth event this evening in Carrick-on-Shannon 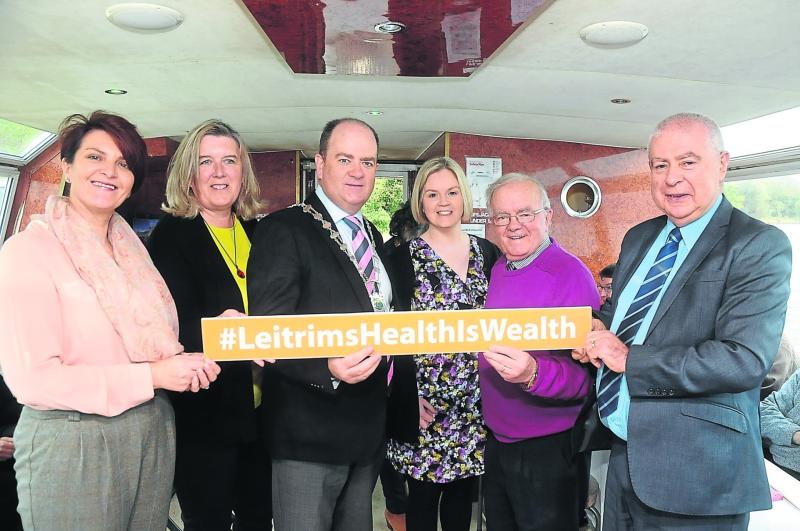 Don't miss this evening's last ever Leitrim's Health Is Wealth in The Landmark Hotel.

Months of meticulous planning will culminate in a truly spectacular finale for the popular Leitrim's Health Is Wealth event this evening, Wednesday, February 12.
The Landmark Hotel, Carrick-on-Shannon will host this year's event which is set to the be last in the series of seminars.
The brainchild of former Leitrim Guardian Person of the Year, Hubert McHugh and his work colleague, Valerie Cogan, this year's seminar promises to be bigger and better than ever.

The impressive line up of speakers will be led by MC, well known author, journalist and broadcaster, Paul Williams. Guests include:
- Sean Keane - The traditional Irish singer will be speaking about his experiences following the loss of his beloved wife, Virginia.
- Michael Harding - The well known playwright, novelist and Irish Times contributor has been a strong advocate of promoting mental wellness and addressing mental health issues.
- Gemma Willis -The face of the Mater Foundation’s fundraising campaign, Gemma miraculously survived a horrific car crash in August 2015 which left her with life changing injuries. Her positive outlook and determination have made her an acclaimed motivational speaker.
- Catherine Corless - is an Irish amateur historian, known for her work in compiling the information concerning the deaths of children at the Bon Secours Mother and Baby Home in Tuam, Galway.
- Valerie Cox - Valerie has been involved in volunteering for many years and she travelled to the Tsunami stricken areas after the Boxing Day Tsunami of 2004. She has an amazing story to tell about her volunteering work.
- Dr Ed O'Mahoney - Dr Ed O'Mahoney is a consultant psychiatrist with the Sligo-Leitrim mental health services. He will be speaking about eating disorders.
- Fr Brian Darcy - is a Passionist priest based in Crossgar, Co Down. He is also a well known broadcaster, author and Sunday World columnist. He will be talking about his life and the struggles and challenges he has faced.
- Nora Owen - Former Justice Minister Nora Owen will be speaking about her experiences in caring for a loved one who is living with dementia.
- Shane Carthy - A video interview of young Dublin footballer, Shane Carthy will detail the challenges he faced tackling his mental health issues.

There will also be a special fundraising raffle tonight with all proceeds raised going to the North West Hospice, a charity close to the hearts of both Hubert and Valerie.
Doors open at 6pm with the event starting at 7pm.
There will be refreshments served on the night as well, sponsored by the Leitrim GAA County Board.
Hubert and Valerie would also like to thank all the event sponsors include the HSE, Strandum, The Landmark Hotel, Health Leitrim, the Leitrim Observer and Janssen Neuroscience.

There will also be a live-feed from Leitrim's Health is Wealth tonight. It will go live at 6.30pm and coverage will start at 7pm.